CAIR OP-ED: What If Our Legal System Gave Muslims and People of Color the Same Breaks Kyle Rittenhouse Received? 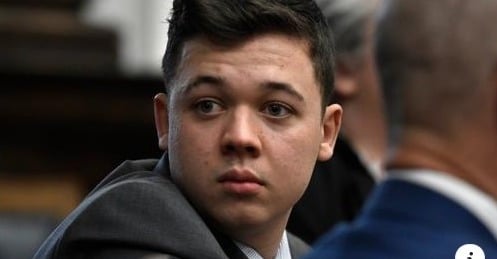 Last Friday, a jury in Kenosha, Wisconsin found Kyle Rittenhouse not guilty of all five charges brought against him for killing two men and wounding another during unrest sparked by the police shooting of Jacob Blake.

It is safe to say that Kyle Rittenhouse received numerous breaks from the criminal justice system–breaks that defendants of color and Muslim often do not receive. The disparate treatment was evident early on.

After shooting two men, Rittenhouse was able to fearlessly walk right up to dozens of police officers while carrying his weapon. He was also able to leave the scene, cross state lines and return home. According to Rittenhouse, he even told an officer at the scene he had just shot two people–and the officer disregarded him.

Even after being arrested, Rittenhouse was freed on bond despite being charged with murdering two people.

He stepped in and vigorously defended Rittenhouse’s 5th amendment right to remain silent after the prosecutor improperly raised his post-arrest silence against him during cross examination.

He dismissed a charge that may or may not have applied to the gun he used during the shooting, saving Rittenhouse from the one conviction he was almost certain to face.

The judge also forbade evidence of Rittenhouse’s extreme views, such as a picture of him flashing a hand signal sometimes used by white supremacists while wearing a shirt that read “Free as F*ck” and standing alongside members of the Proud Boys.

Evidence about a comment he allegedly made wishing he had his gun so he could open fire on people taking part in the protests at an earlier time was also banned by the Judge.

And in the end, the jury gave him the benefit of the doubt, concluding that his conduct that night did not violate any of the charges levelled against him–even the lesser included offenses.

Now compare the treatment Kyle Rittenhouse received from arrest to acquittal with the treatment of Black and Muslim defendants. Black and Muslim defendants are rarely granted bond even for lesser crimes. They are often kept waiting in prison for years until their case reaches trial. And when they do get to trial, they are likely to face all conceivable charges – and be convicted of them.

The justice system will often go to the ends of the earth to use the political and ideological positions of Black and Muslim defendants to convict them. It will twist any political or ideological view into ‘extremism’ and will connect it to the crime with which the defendant is charged. If they can’t find something to mischaracterize, they’ll simply invent an ideological connection.

Sometimes the court is not even allowed to review the evidence on the basis of which the defendants are being held in prison. Just recently, a federal judge ordered the ‘evidence’ used to justify the arrest of Iraqi immigrant and father of four Omar Ameen unsealed.

Ameen was arrested in 2018 for allegedly killing an Iraqi police officer. The judge presiding over the case called the government’s case against Ameen “dubious,” its witnesses “unreliable,” and said its narrative “made little sense.” Nevertheless, for three years, Ameen and his family were denied justice. They were put through three years of hell on the basis of evidence that was not only deemed inadequate, but that could not even be reviewed in court.

When the evidence used against Black and Muslim defendants is allowed to be reviewed, it often falls short of basic standards of plausibility. Just look at the case of Aafia Siddiqui.

A U.S.-educated neuroscientist and mother of four, Siddiqui was sentenced to 86 years in federal prison on 7 charges relating to an incident that occurred in 2008. The government claimed that while Siddiqui was being interviewed by U.S. officers in Afghanistan, she picked up one officer’s M-4 rifle and fired it at another officer and other members of the interview team.

During the trial, witnesses gave contradictory and implausible testimonies. They gave conflicting reports on who was present in the room and how many shots were fired. They failed to explain how an emaciated, 5’4 woman was able to pick up and fire an American officer’s rifle while leaving no fingerprints on the weapon or bullet holes in the walls of the room.

Similarly implausible – and contradicted by confessions – are the claims on the basis of which Black Muslim civil rights leader Imam Jamil al-Amin was given a life sentence in prison. Imam Jamil was convicted of shooting at two police officers and killing one of them. There is no evidence placing him at the scene of the crime: no fingerprints, no gun residue, no DNA. Furthermore, another man has repeatedly and credibly confessed to committing the crime.

That didn’t stop the prosecution, who used the fact that Imam Jamil exercised his 5th Amendment right to silence against him during closing arguments – something the judge in Kyle Rittenhouse’s case specifically condemned.

If our justice system treated individuals like Imam Jamil al-Amin, Aafia Siddiqui, and Omar Ameen the way it treated Kyle Rittenhouse, the outcomes of their trials may have been radically different.

If Black and Muslim defendants were similarly afforded all of the rights guaranteed by the Constitution, if they were tried on the basis of solid evidence and not prejudicial conjecture, if they were presumed innocent at the outset of trial, our justice system might be worth the name.

Ismail Allison is national communications coordinator for the Council on American-Islamic Relations, the nation’s largest Muslim civil rights and advocacy organization. He may be contacted at iallison@cair.com.