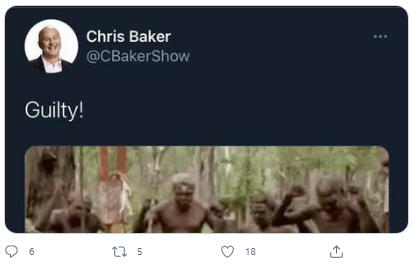 UPDATE: Chris Baker Has Been Fired. (WASHINGTON, D.C., 4/21/2021) – The Council on American-Islamic Relations (CAIR), the nation’s largest Muslim civil rights and advocacy organization, today called on Nebraska radio personality Chris Baker to apologize and resign over a racist tweet he posted to yesterday’s guilty verdict in the trial of Derek Chauvin. Baker’s now-deleted tweet was headlined “Guilty!” Below the headline was an image of four dancing Black men in loincloths, with body paint and possibly

(WASHINGTON, D.C., 4/21/21) – The U.S. Council of Muslim Organizations (USCMO) is inviting members of the American Muslim community to register for its 6th annual National Muslim Advocacy Day on Capitol Hill – this year taking place virtually – on the week of June 14th (Monday through Thursday).  CLICK HERE: REGISTER FOR VIRTUAL MUSLIM ADVOCACY DAY ON CAPITOL HILL  USCMO is encouraging participants to register at least one month before the event and no later 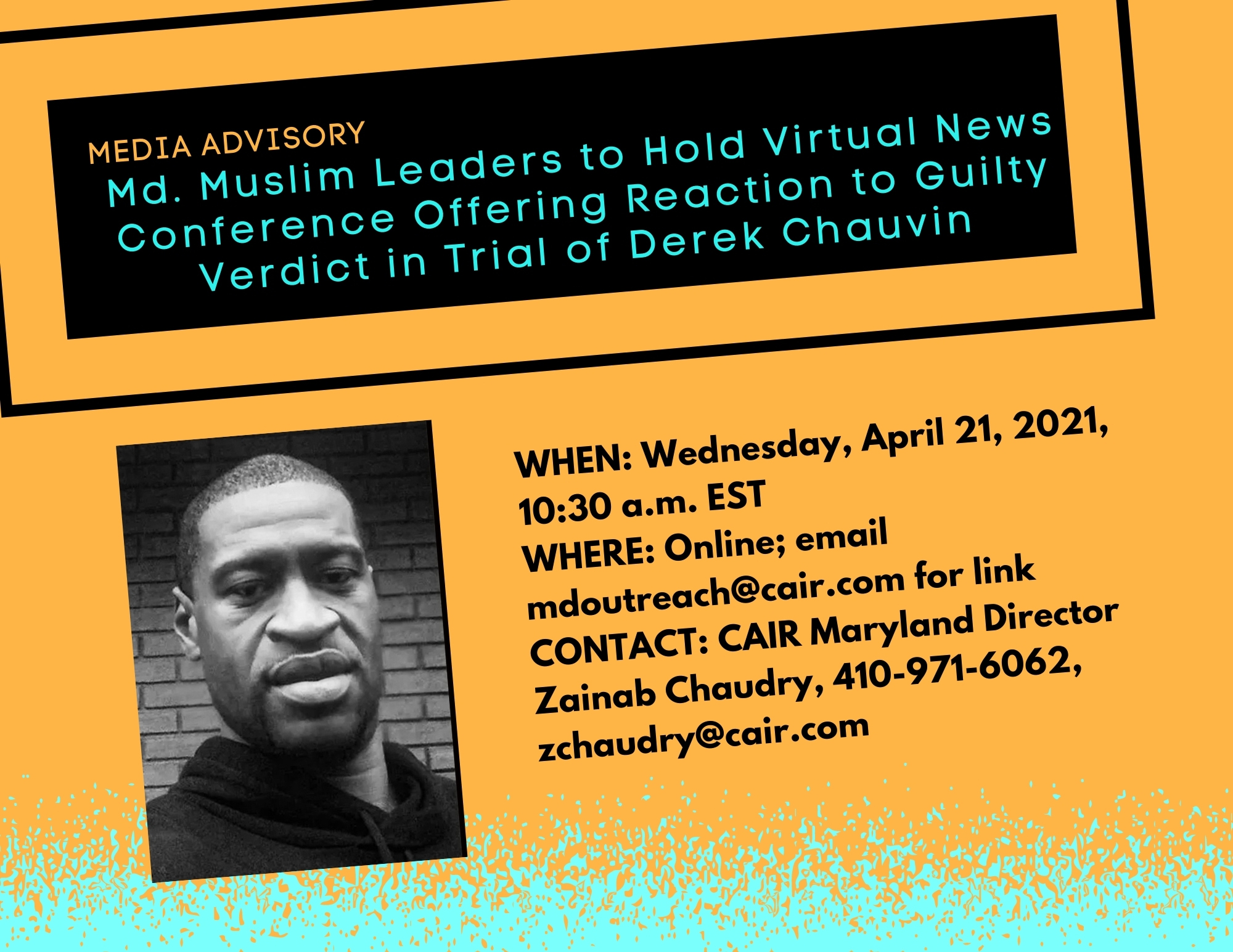 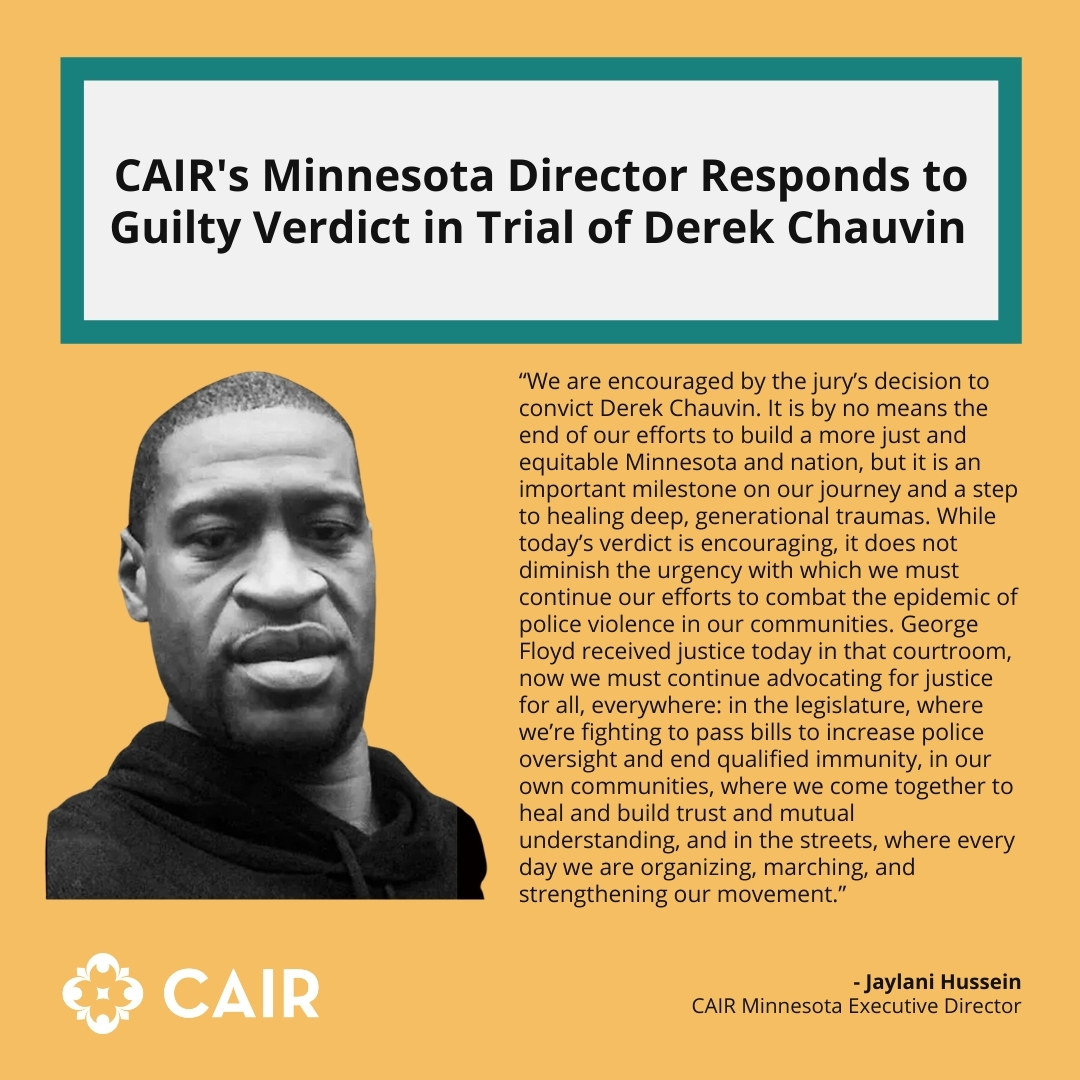 (MINNEAPOLIS, MN, 4/20/21) — The Minnesota chapter of the Council on American-Islamic Relations (CAIR-MN) today welcomed the conviction of former Minneapolis police officer Derek Chauvin on all counts for the killing of George Floyd. MEDIA ADVISORY: CAIR-MN Will Join a Coalition News Conference After the Derek Chauvin Trial Verdict is Announced In response to the verdict, CAIR-MN Executive Director Jaylani Hussein said: “We are encouraged by the jury’s decision to convict Derek Chauvin. It is by no means the end 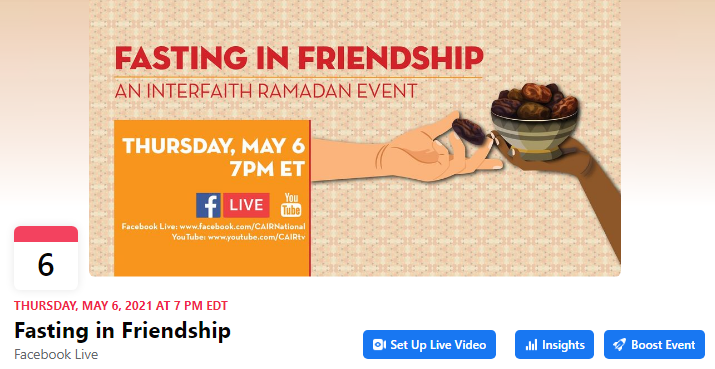 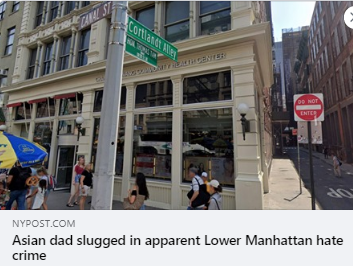 (NEW YORK, NY, 4/20/2021) – The New York chapter of the Council on American-Islamic Relations (CAIR-NY), the nation’s largest Muslim civil rights and advocacy organization, today decried the alleged racist hate crime on Saturday targeting an Asian-American father in Manhattan. The Asian-American man pulled his car over to the side of the road to help his sick son, when another driver reportedly assaulted him with a punch through the car window and yelled racist slurs. The assailant

CAIR Op-Ed: What Senators on the Judiciary Committee Should Know About “Sharia Law”