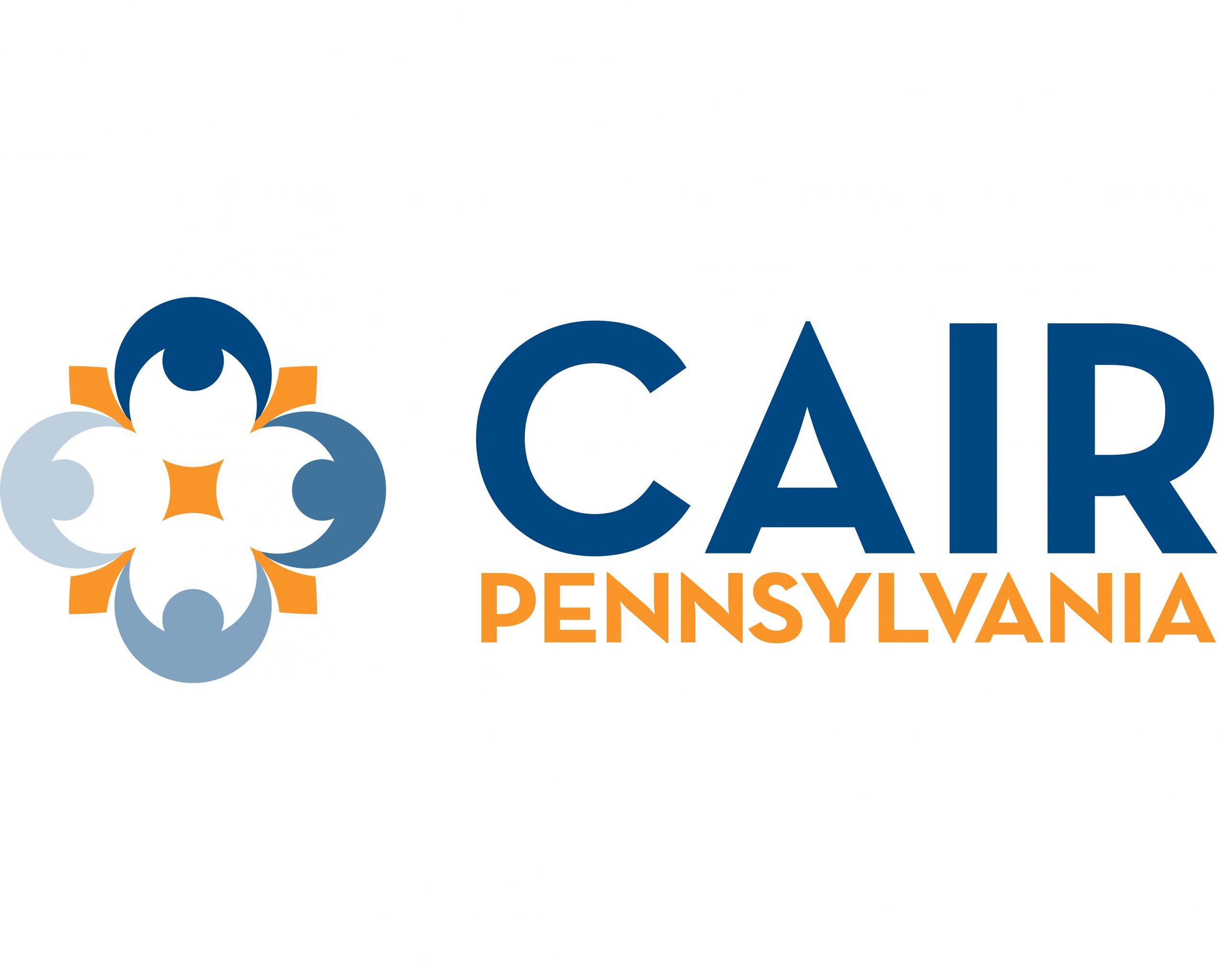 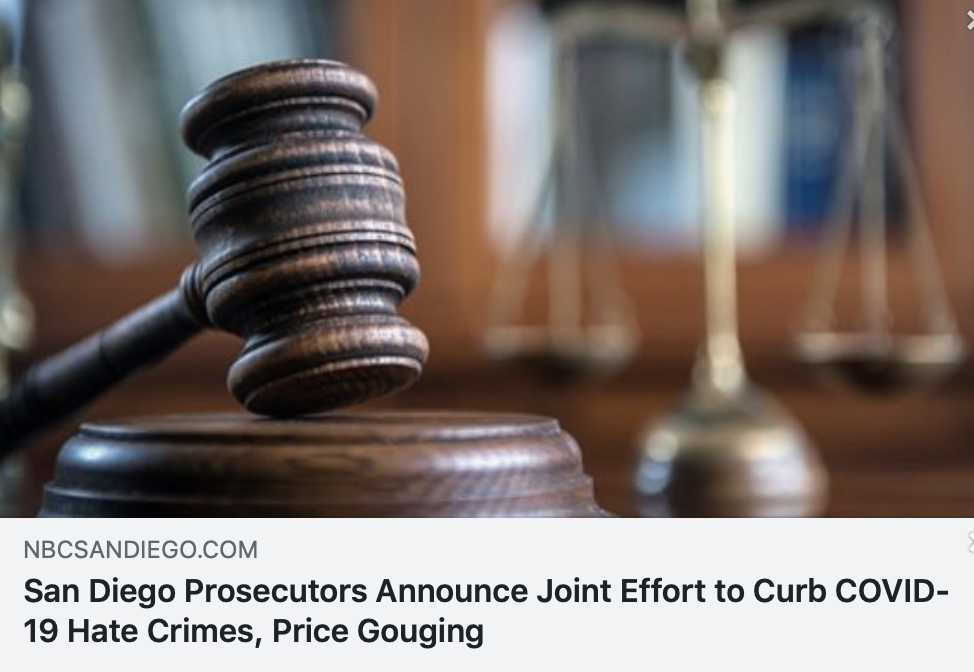 (SAN DIEGO, CA 3/24/2020) – The San Diego Office of the Council on American Islamic Relations (CAIR-SD) today welcomed the announcement of local prosecutors to join with state and federal agencies to combat hate crimes and predatory business practices by individuals or businesses during the COVID-19 (coronavirus) pandemic. According to NBC/San Diego, the announcement comes in response to reports of discrimination and harassment against Asian Americans and immigrant populations related to COVID-19, as well as price 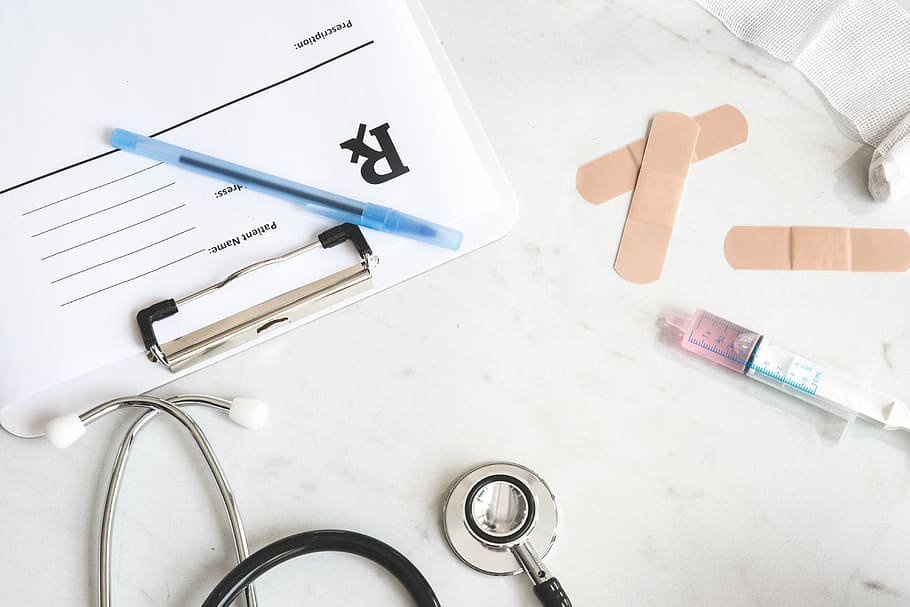 (WASHINGTON, DC., 3/23/20) – The Council on American-Islamic Relations (CAIR) today joined fellow members of the Policy Committee of National Muslim COVID-19 Taskforce in sending a pair of letters to Vice President Mike Pence and Secretary of Health and Human Services Alex Azar calling on the Trump administration to “increase the production and availability of testing kits nationwide and provide more medical resources and personal protective equipment (PPE) for our hospitals and healthcare workforce” by “immediately invok[ing] the DPA​​ to its full potential​ 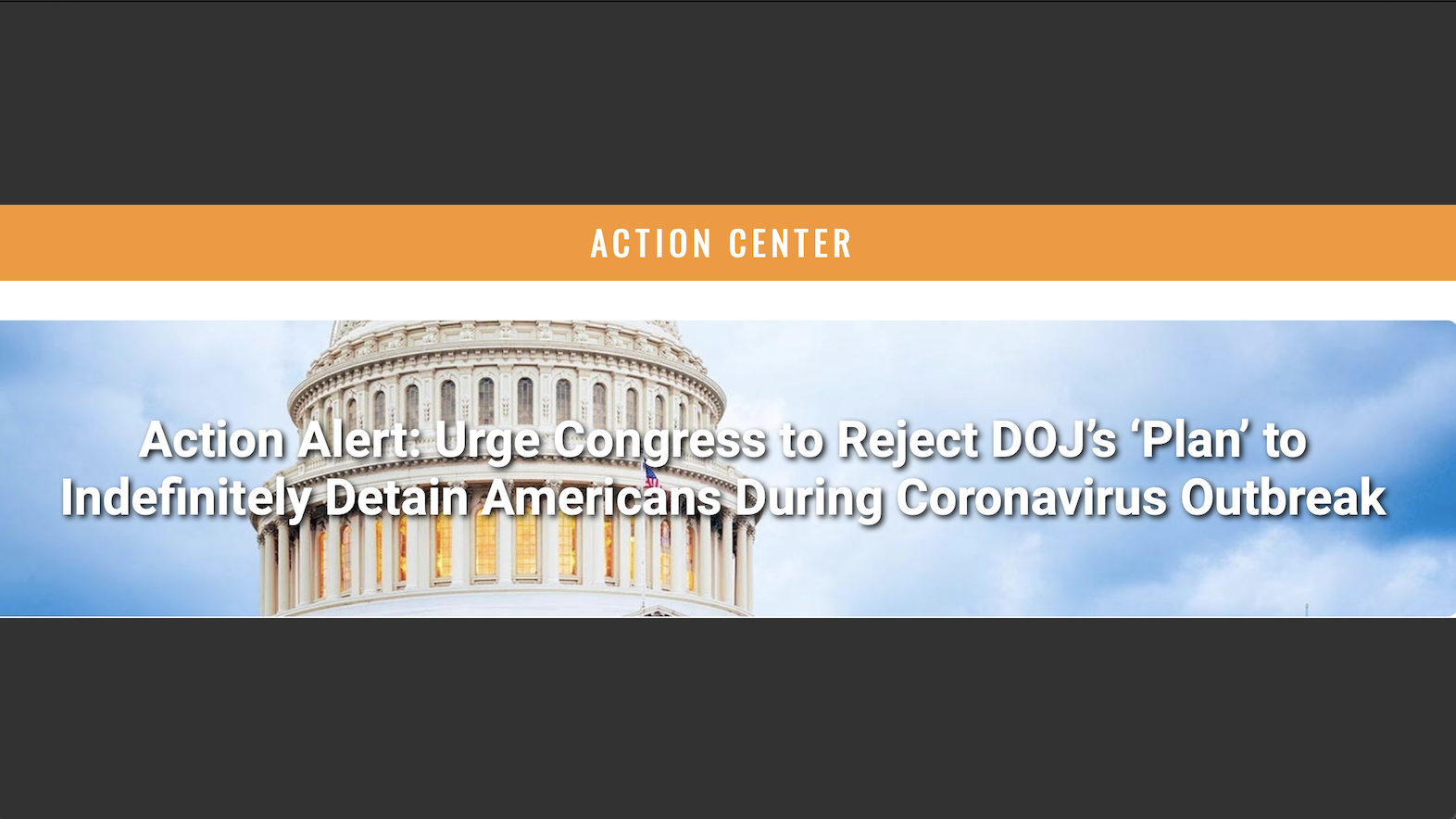 DOJ is asking Congress for new emergency powers amid coronavirus pandemic DOJ wants authority to ask chief judges to detain people without trial during emergencies DOJ proposal would also allow judges to halt trial proceedings Under DOJ’s plan Americans could be arrested and never brought before a judge (WASHINGTON, DC., 3/23/20) – The Council on American-Islamic Relations (CAIR), the nation’s largest Muslim civil rights and advocacy organization, is calling on every American to contact their members

(WASHINGTON, DC., 3/23/20) – The Council on American-Islamic Relations (CAIR), the nation’s largest Muslim civil rights and advocacy organization, today called on law enforcement authorities to investigate a shooting at the Kingdom Hall of Jehovah’s Witnesses in Holderness, N.H., as a possible hate crime. Police reported that Friday night, David Patrell, 37, allegedly fired shots at the empty house of worship. Patrell had reportedly threatened to burn down the facility. Police found a gas can outside the building 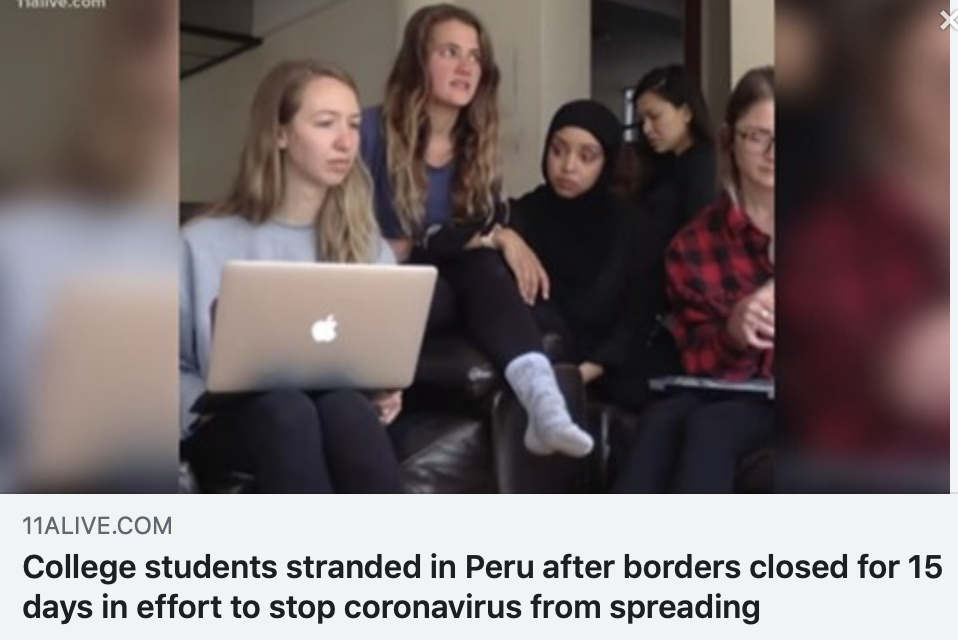 (ATLANTA, GA, 3/20/2020) – The Georgia chapter on the Council on American-Islamic Relations (CAIR-Georgia) today called on President Donald Trump and Secretary of State Mike Pompeo to immediately seek the quickest, safest and most efficient way to bring home 15 American students who are currently trapped in Peru under martial law. On Monday, March 16, the Peruvian government gave all foreign nationals a 24-hour notice to gather their belongings and return to their home nations. At

CAIR-Kentucky Calls for Removal of Confederate Flag Flying Outside Courthouse

Steps to take if you lose your job due to the coronavirus pandemic: