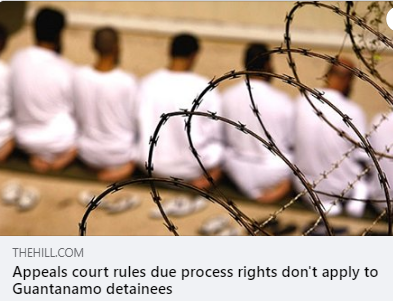 (WASHINGTON, D.C., 9/2/2020) – The Council on American-Islamic Relations (CAIR), the nation’s largest Muslim civil liberties and advocacy organization, today repeated its call for due process rights for those detained at the Guantanamo Bay.

On Friday, a U.S. federal appeals court ruled against a Guantanamo Bay detainee who claimed his indefinite detention is a violation of due process. The three-judge panel of the U.S. Court of Appeals for the District of Columbia ruled that the Due Process Clause does not apply to non-citizens who do not hold property or have a presence in the U.S.

“Every person accused of a crime must have access to a fair legal process that can speedily determine their guilt or innocence. That includes the prisoners in Guantanamo Bay, who have been held indefinitely without charge or trial in violation of our laws, our values, and basic human rights.”

“We again urge that all those in American custody, wherever they are, be offered the due process of law.”