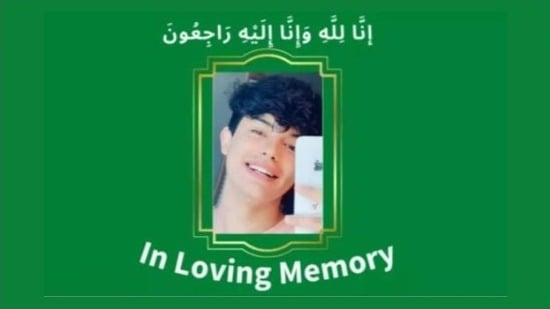 The Missouri chapter (CAIR-MO) and national office of the Council on American-Islamic Relations (CAIR), the nation’s largest Muslim civil rights and advocacy organization, today called for a thorough and transparent police investigation into the hanging death of Rezwan Kohistani, a 14-year-old Afghan refugee in Webb City, Mo., who reportedly experienced severe school bullying.

Kohistani, whose family arrived in the United States in the aftermath of the fall of the previous Afghan government, had allegedly been subjected to severe bullying because of his nationality and religion. The family reportedly struggled to adjust to life in their new community, where they were one of few Muslim families.

A GoFundMe page has been set up to support the family. A community vigil will take place on Saturday, May 21, (8 p.m.) at King Jack Park in Webb City, Mo.

In a statement, CAIR-MO Board Chair Yasir Ali said:

“We are deeply saddened and disturbed by the shocking death of Rezwan Kohistani. Given the circumstances of Rezwan’s death and the pattern of anti-Muslim and racist bullying to which he had allegedly been subjected, we call on law enforcement authorities to be thorough, transparent and comprehensive in their investigation of what led to his death. We also call on the resettlement agency working with the Kohistani family to provide details of the alleged bullying and harassment to which Rezwan was subjected.

“We also call on the school district to offer culturally-competent counseling for the grieving parents and community, which we can provide. We are offering free cultural competency training to all school districts in which Afghan children are enrolled.

“This tragedy is unfortunately indicative of a larger problem. Thousands of newly-arrived Afghan refugees are being left with insufficient support from resettlement agencies and caseworkers. Too many refugees aren’t being provided with the tools they need to learn English, get jobs and adjust to life in their new home. They are often not even receiving desperately-needed medical attention, food stamps, and housing.

“The tragic death of this 14-year-old boy must be a wakeup call. Our government must do more to ensure that newly-arrived Afghans receive the assistance they need.”

“We offer our deepest condolences to the Kohistani family, and we pray that God comforts them in this difficult time. Local law enforcement must thoroughly investigate the cause of Rezwan Kohistani’s death and the circumstances that led to it, school officials must investigate the allegations that Rezwan experienced severe bullying, and the federal government must ensure that newly-settled Afghan families are not abandoned, forced to transition without proper resources.”

A recent study published by CAIR-CA shows that a very high level of Muslim students feel unsafe at schools. Some 55% of all respondents surveyed reported feeling unsafe, unwelcome, or uncomfortable at school because of their Muslim identity.

In April, CAIR released its latest report on the civil rights of American Muslims, titled “Still Suspect: The Impact of Structural Islamophobia,” detailing more than 6,700 civil rights complaints – including 177 school incidents – the Washington, DC, based group received in the past year.