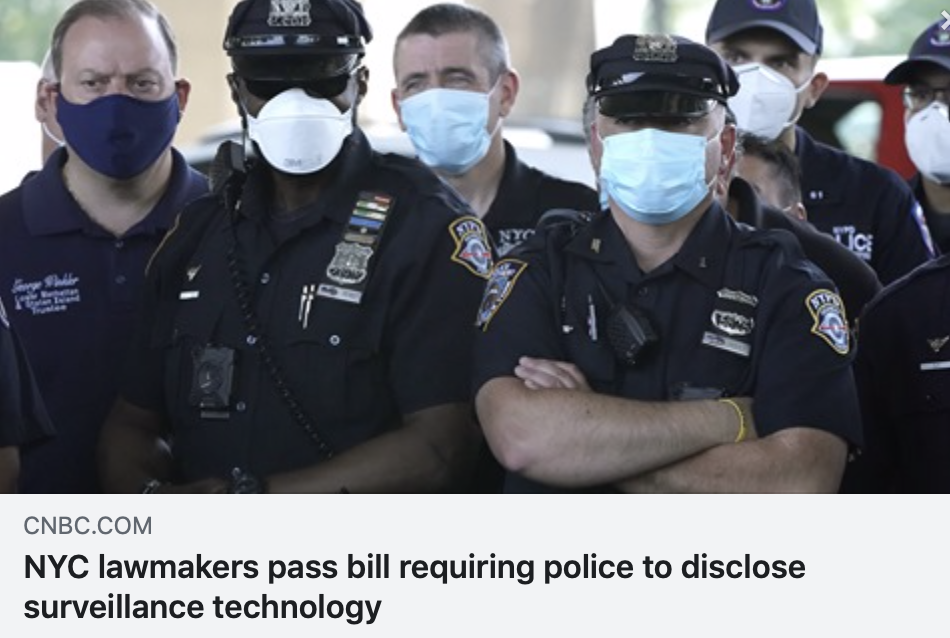 CAIR-NY has been advocating for the passage of the POST Act, alongside a diverse swath of coalition partners dedicated to building legislative and executive support for transparency in policing. The POST Act is the first legislation in NYC that requires the NYPD to issue a full report on the inventory of surveillance technology it employs. Moreover, the NYPD will be accountable to answer questions on the impact of surveillance in communities, report on information sharing, as well as outline sources of funding used to acquire surveillance tools and technologies.

Despite objections from the NYPD, the POST Act was co-sponsored by 38 of the 51 NYC Council Members, received 44 votes in favor, and endorsed by Public Advocate Jumaane Williams. The Mayor has also publicly announced his support of the bill. The POST Act was first introduced by City Council Member Vanessa Gibson in 2017.

In a statement applauding the passage of the POST Act, CAIR-NY Executive Director Afaf Nasher stated:

“Surveillance technology has developed rapidly, and the NYPD has not hesitated to use intelligence gathering mechanisms against communities and individuals without any kind of oversight. Muslim communities especially have been targeted unjustly with broad suspicionless surveillance in our houses of worship, Islamic organizations, businesses, and communities.

“People of color and political activists are also known subjects of surveillance. Up until now, the NYPD has been able to spy on the masses with absolutely no mandated reporting. The POST Act finally opens the door for some transparency on the NYPD’s abusive surveillance practices.

“We welcome the passage of the POST Act and thank all the City Council members and community organizations that advocated for its passage. The POST Act, however, is the weakest oversight bill in the country. It is a first step, and we will continue to dedicate ourselves for increased public oversight of policing and surveillance policies.”

CAIR-NY has been a leading ally and coalition partner of the POST Act, since its inception in 2017: