Breaking: CAIR-NY Welcomes the New York State Legislature Repealing 50-a, Calls on Governor to Sign the Repeal into Law 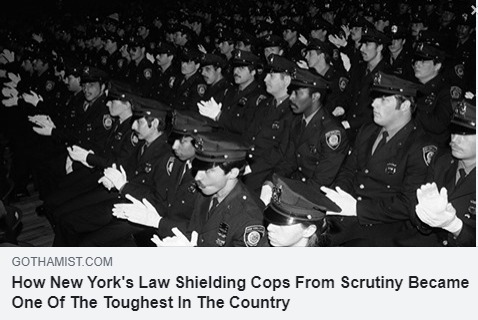 (NEW YORK, N.Y. 6/9/20) – The New York chapter of the Council on American-Islamic Relations (CAIR-NY), a chapter of the nation’s largest Muslim civil rights and advocacy organization, today welcomed the New York State Legislature’s repeal of 50-a.  CAIR-NY called on Governor Cuomo to sign the repeal into law.

For decades, Section 50-a of the New York Civil Rights law has hidden the personnel records of police officers who have engaged in misconduct, including the use of excessive force. Its repeal offers essential transparency to provide justice for victims of police misconduct and brutality.

READ: How New York’s Law Shielding Cops From Scrutiny Became One Of The Toughest In The Country

In addition to legislation that repeals 50-a, the State Legislature is considering a package of police-reform bills known as the #SaferNYAct. The package includes legislation to establish a Special Prosecutor to investigate and prosecute police-involved deaths, as well as legislation to reduce unnecessary arrests for non-criminal offenses.

“For far too long, police officers have engaged in brutal use of force and other forms of misconduct with impunity because they know that laws like Section 50-a shield them from accountability. As instances of police brutality continue to permeate public awareness, activists and demonstrators are demanding change. Governor Cuomo must now follow through on his promise to sign legislation that repeals 50-a. However, repealing 50-a is only a step in the right direction. Legislators must continue to reform police practices by passing the #SaferNYAct. ”