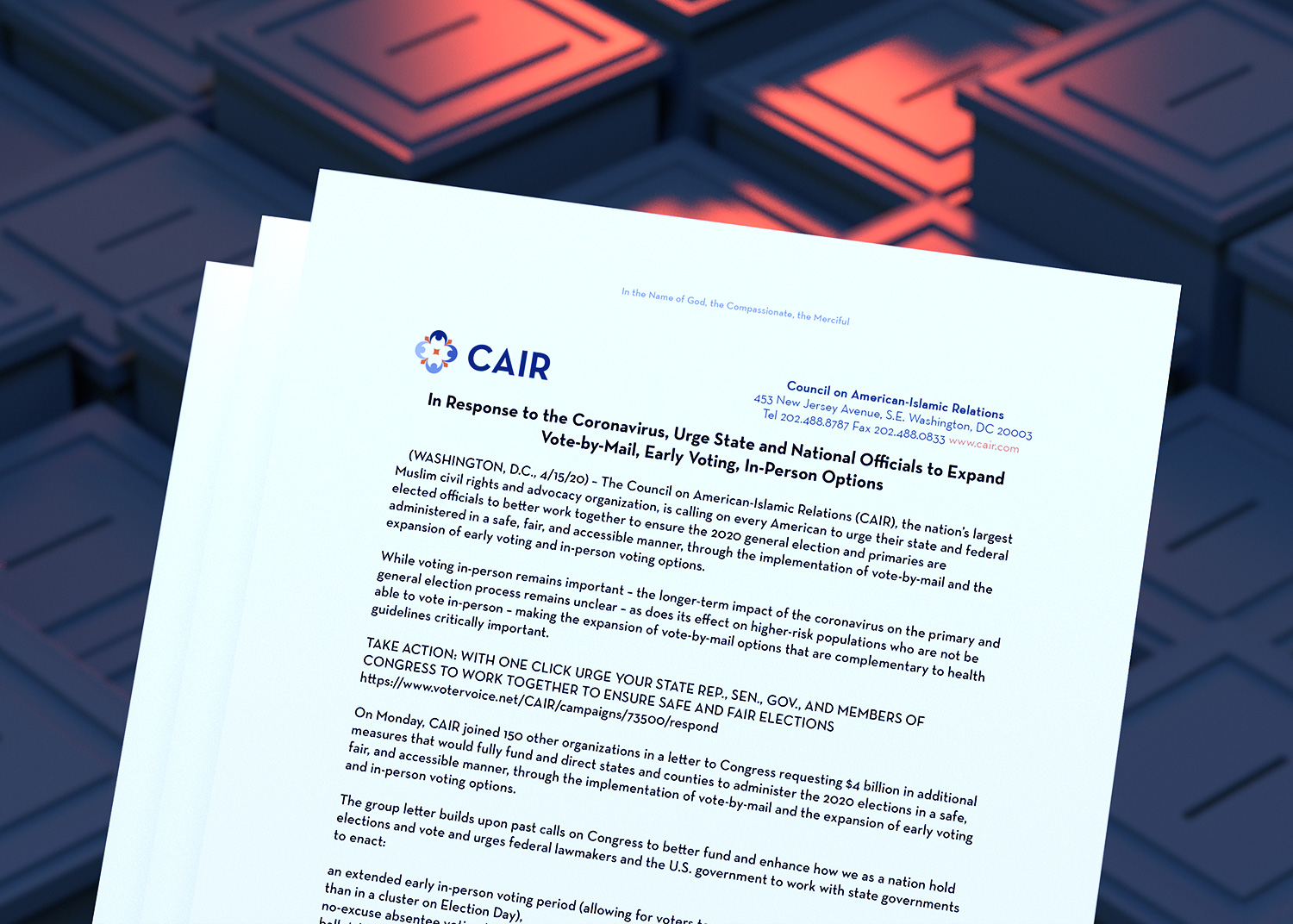 (WASHINGTON, D.C., 4/15/20) – The Council on American-Islamic Relations (CAIR), the nation’s largest Muslim civil rights and advocacy organization, is calling on every American to urge their state and federal elected officials to better work together to ensure the 2020 general election and primaries are administered in a safe, fair, and accessible manner, through the implementation of vote-by-mail and the expansion of early voting and in-person voting options.

While voting in-person remains important – the longer-term impact of the coronavirus on the primary and general election process remains unclear – as does its effect on higher-risk populations who are not be able to vote in-person – making the expansion of vote-by-mail options that are complementary to health guidelines critically important.

TAKE ACTION: WITH ONE CLICK URGE YOUR STATE REP., SEN., GOV., AND MEMBERS OF CONGRESS TO WORK TOGETHER TO ENSURE SAFE AND FAIR ELECTIONS

On Monday, CAIR joined 150 other organizations in a letter to Congress requesting $4 billion in additional measures that would fully fund and direct states and counties to administer the 2020 elections in a safe, fair, and accessible manner, through the implementation of vote-by-mail and the expansion of early voting and in-person voting options.

The group letter builds upon past calls on Congress to better fund and enhance how we as a nation hold elections and vote and urges federal lawmakers and the U.S. government to work with state governments to enact:

According to the Brennan Center for Justice’s estimate that enhancements to vote-by-mail alone will require up to $1.4 billion to meet the costs in the general election, with $271.4 million needed for in-person voting measures in the general election so that states and counties can provide safe polling places per guidance from the Centers for Disease Control and Prevention. Some $85.9 million will be needed to develop and bolster online voter registration for the general election. It’s noted that these estimates should be doubled to ensure adequate resources for primary elections.