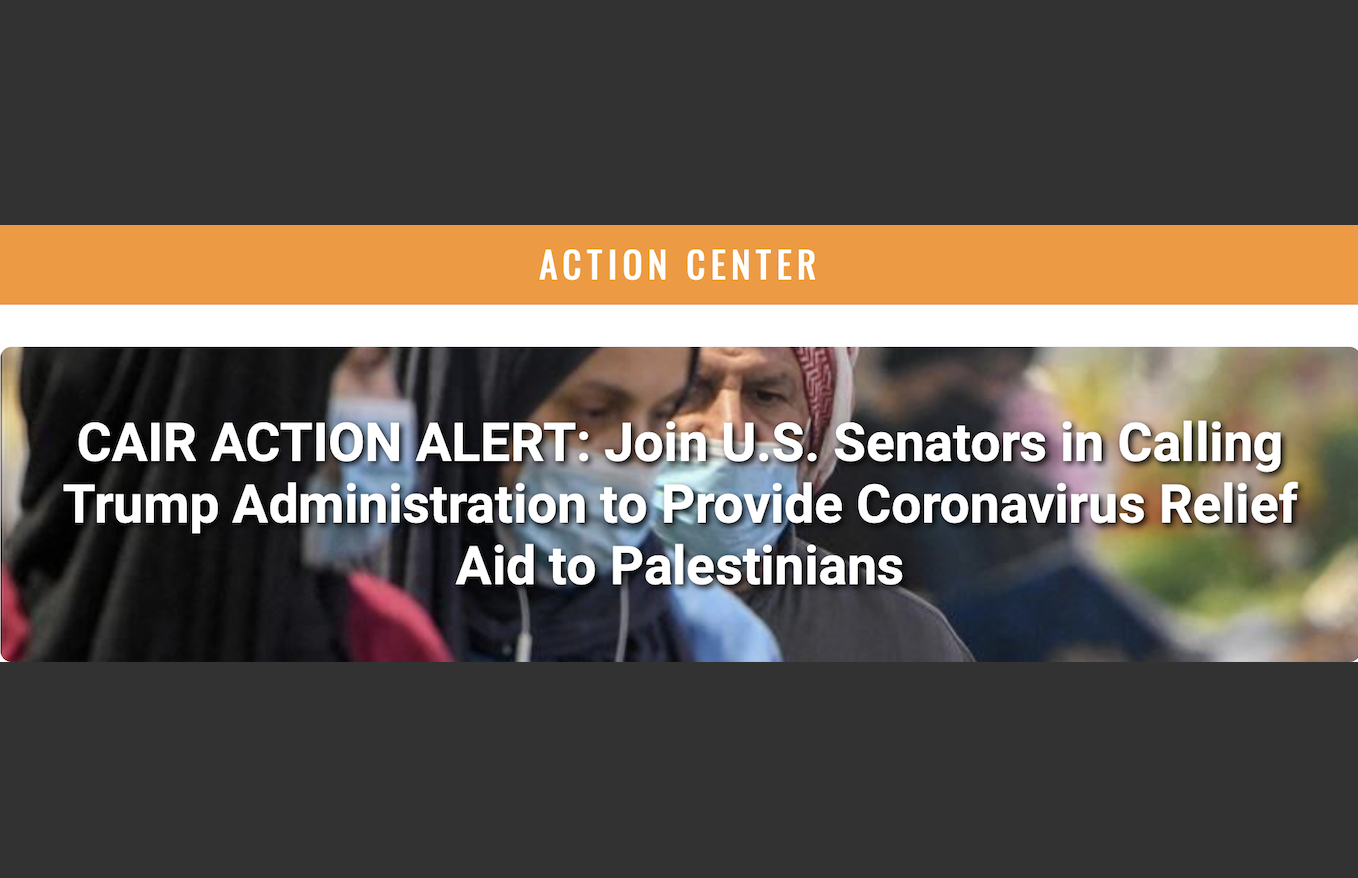 (WASHINGTON, D.C., 4/7/20) — The Council on American-Islamic Relations (CAIR), the nation’s largest Muslim civil rights and advocacy organization, today urged all Americans to join a group of Senators led by Senators Elizabeth Warren (D-Mass.) and Chris Van Hollen (D-Md.) who sent a letter last week calling on Secretary of State Mike Pompeo and the Trump administration “to take every reasonable step to provide medicine, medical equipment, and other necessary assistance to the West Bank and Gaza Strip . . . to prevent a humanitarian disaster.”

As of April 6, there are 226 confirmed Coronavirus cases in the West Bank (214) and Gaza (12) and the Palestinian Authority has declared a state of emergency.

Since 2018, President Trump has frozen U.S. aid to the Palestinian people and contributions to the United Nations Relief and Works Agency for Palestinian Refugees (UNRWA) – despite Congress earlier this year authorizing $75 million in the 2020 Fiscal Year Appropriations Act for humanitarian and development assistance for the Palestinian people.

Some 1.8 million Palestinians live in Gaza, one of the most densely populated areas in the world and have suffered under an Israeli government and military blockade since 2007. On April 5, the news agency Al Jazeera reported Gaza has a “30 percent shortage of disposable medical supplies and protective gear as a result of the Israeli blockade.”