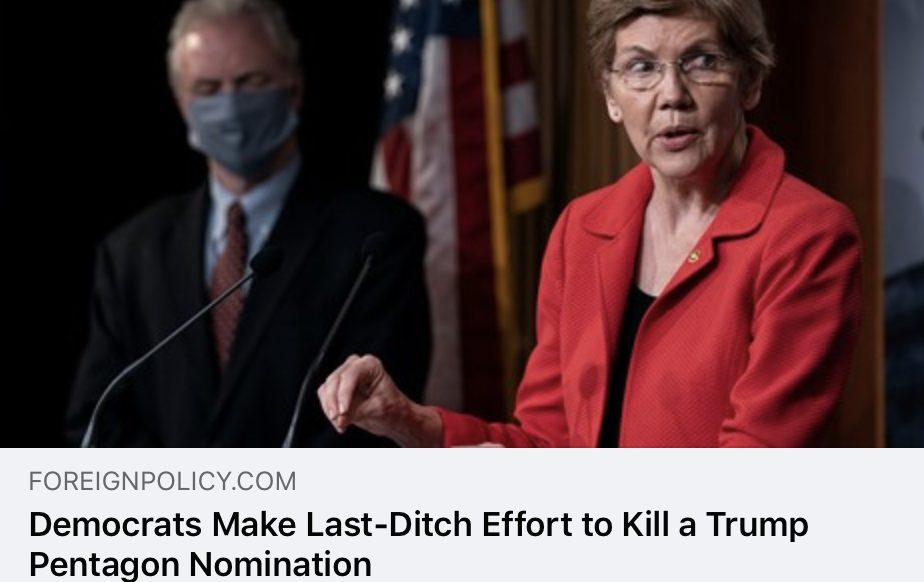 (WASHINGTON, DC, 7/28/20) – The Council on American-Islamic Relations (CAIR), the nation’s largest Muslim civil rights and advocacy organization, is urging all Americans to call Republican Senators serving on the U.S. Senate Armed Service Committee to demand that this Thursday, July 30, they vote “NO” during the nomination hearing of anti-Muslim conspiracy theorist Ret. Army Brig. Gen. Anthony J. Tatato the position of undersecretary of defense for policy.

Ten Democratic committee members — led by Massachusetts Sen. Elizabeth Warren — have already vowed to oppose the nomination and recently urged Tata to withdraw based on his record of “offensive and inflammatory comments.” Ranking Democratic committee member Rhode Island Senator Jack Reed has also said he will oppose the nomination prior to the hearing.

While almost all Democratic senators serving on the committee have declared their opposition to Tata – unless Republican members on the committee vote “NO” on the nomination, it will proceed to the Senate floor.

A call script is provided below. Please note, individuals that live in states that have a senator who serves on the committee can use their influence as a constituent to exert additional pressure.

Contact information of Republican members of the Senate Committee on Armed Services:

“Hello, my name is [YOUR NAME] and I am calling to urge Senator [NAME OF SENATOR] to “OPPOSE” and “VOTE NO” on the nomination of Anthony J. Tata to the position of undersecretary of defense for policy. Tata is totally unqualified for the position given is long history of anti-Muslim views and promotion of unhinged conspiracy theories, including that President Obama was a ‘terrorist leader’ working for foreign powers and that former CIA Director John Brennan had ordered the assassination of Trump via a coded message on social media.

No apology or explanation that Tata could provide the committee can dismiss his years of anti-Muslim bigotry. Thank you.”

“Islamic ‘grooming’” is “a right [sic] of passage for young Muslim men in Great Britain” in which “young men were gang-raping British women as part of their transition to manhood.”

“The rising tide of Islam in Europe had seeped into the historically secular governments, and their collective media now forbade any speech against Islamic crimes.“