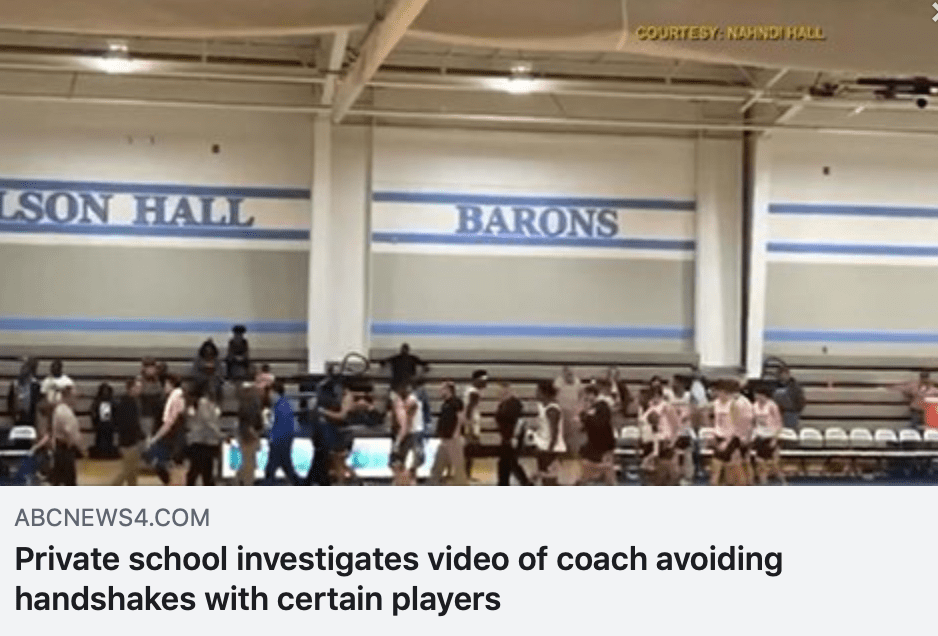 (WASHINGTON, D.C., 3/6/20) – The Council on American-Islamic Relations, the nation’s largest Muslim civil rights and advocacy organization, today called for disciplinary action against a South Carolina basketball coach for avoiding shaking the hands of African-American players on the opposing team.

Richard Winn Academy is investigating a video showing Head Basketball Coach Nick Chaisson not shaking hands with all basketball players on the opposing team after a Thursday night game. The video shows the end of the basketball game when both teams walk in a line and shake hands. It shows the head coach skipping five players’ – all African-American – hands. However, the coach shook the hand of the Clarendon Hall coach, who is African-American.

“We urge school district officials to investigate this disturbing incident and to take appropriate action based on the results of that investigation.”

He noted that the Washington-based Muslim civil rights organization has reported an unprecedented spike in bigotry targeting American Muslims, immigrants and members of other minority groups since the election of Donald Trump as president.