CAIR Calls for Federal Probe Into Use of Israeli Spyware Pegasus to Target Journalists, Activists 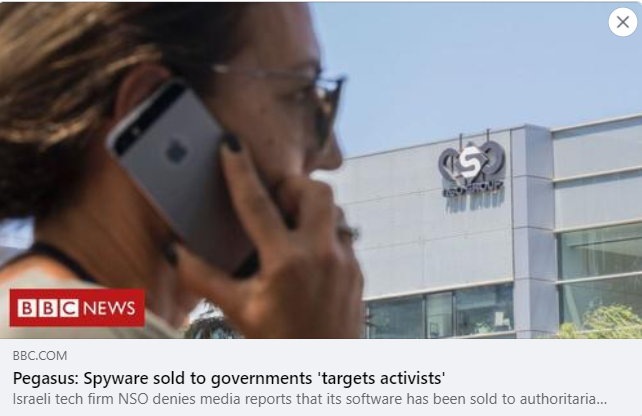 (WASHINGTON D.C., 7/19/2021) – The Council on American-Islamic Relations (CAIR), the nation’s largest Muslim civil rights and advocacy organization, today called for a federal investigation into the use of smartphone-hacking spyware developed by an Israeli firm to target journalists and activists in the United States and worldwide.

A list of 50,000 phone numbers of people believed to be of interest to the firm’s clients, which include authoritarian regimes, was leaked to major media outlets. The list included political personalities, business executives, activists, and 180 journalists working for various outlets including CNN, the New York Times, and Al Jazeera. It is unclear how many people on the list had their smartphones infected by the malware, but the Washington Post reported that 37 were confirmed to have had attempted and successful hacks.

The spyware, called Pegasus, is made by Israeli cyberarms firm NSO Group. It targets smartphones, allowing the operator to record conversations and extract messages, emails, and photos. NSO Group has denied any wrongdoing, saying the original investigation by Amnesty International and Paris-based NGO Forbidden Stories that led to these findings was “full of wrong assumptions and uncorroborated theories.” NSO has previously been sued by WhatsApp in relation to cyber attacks on over 1,400 smartphones involving Pegasus.

“The revelations about Israeli spyware being used to target journalists and activists is deeply disturbing. The situation warrants a federal investigation, especially given the fact that journalists working for American media organizations have been targeted. Our government must protect its citizens and stand up for freedom of speech and freedom of the press around the world.”