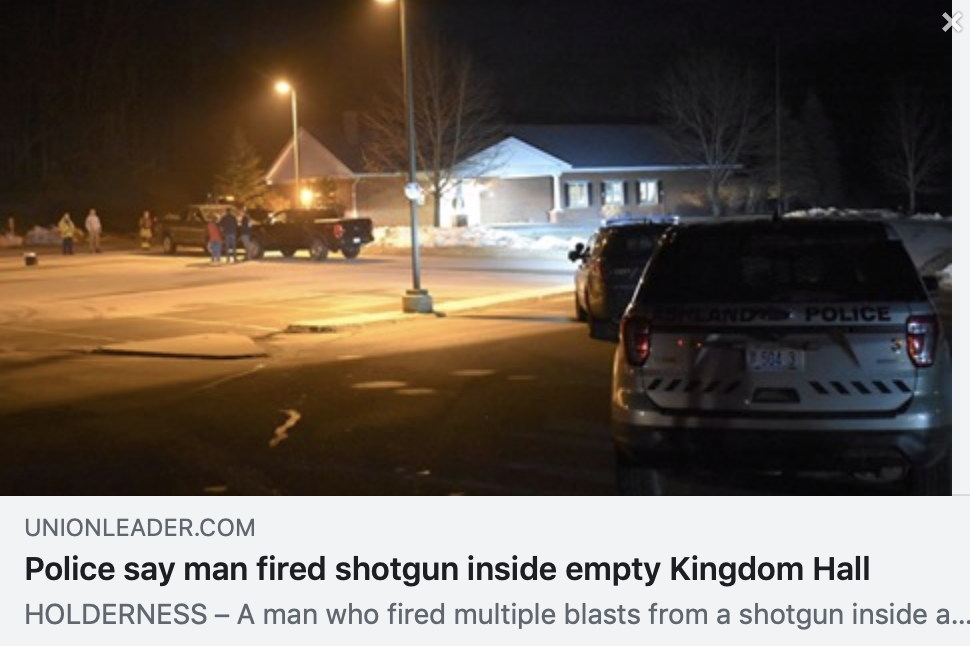 (WASHINGTON, DC., 3/23/20) – The Council on American-Islamic Relations (CAIR), the nation’s largest Muslim civil rights and advocacy organization, today called on law enforcement authorities to investigate a shooting at the Kingdom Hall of Jehovah’s Witnesses in Holderness, N.H., as a possible hate crime.

Police reported that Friday night, David Patrell, 37, allegedly fired shots at the empty house of worship. Patrell had reportedly threatened to burn down the facility. Police found a gas can outside the building and the interior of the building was reportedly soaked with gasoline.

SEE: Man accused of shooting at Kingdom Hall of Jehovah’s Witnesses in Holderness

“While the motivation for this incident remains unknown, because is it a house of worship, we urge local and state law enforcement authorities to investigate the possibility of a bias motive and bring appropriate charges if evidence of religious bigotry is found.”

According to reports, Patrell is facing possible charges of attempted arson and several felony counts of reckless conduct with a firearm.

Last week, CAIR called for hate crime charges against the suspect responsible for attacks on a Maryland mosque and Jehovah’s Witness Kingdom Hall.