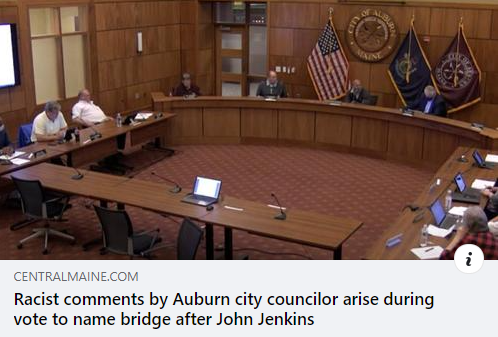 During a public meeting Tuesday, Auburn, Maine, city Councilor Leroy Walker said that “dark-colored people” breaking laws in the south constituted a “black mark” on the legacy of a Black former mayor of Auburn. During the meeting, the city council was discussing the prospect of renaming a bridge in the town after the mayor. The councilor said he did not oppose the move to rename the bridge, but that he had heard from white residents that the “timing was bad” and that it was being done only to appease the Black community.

“When any national, state or local official exhibits racist views, it is an indication that he or she cannot equitably represent a diverse community,” said CAIR National Communications Coordinator Ismail Allison. “We condemn Mr. Walker’s racist statements and urge him to resign.”