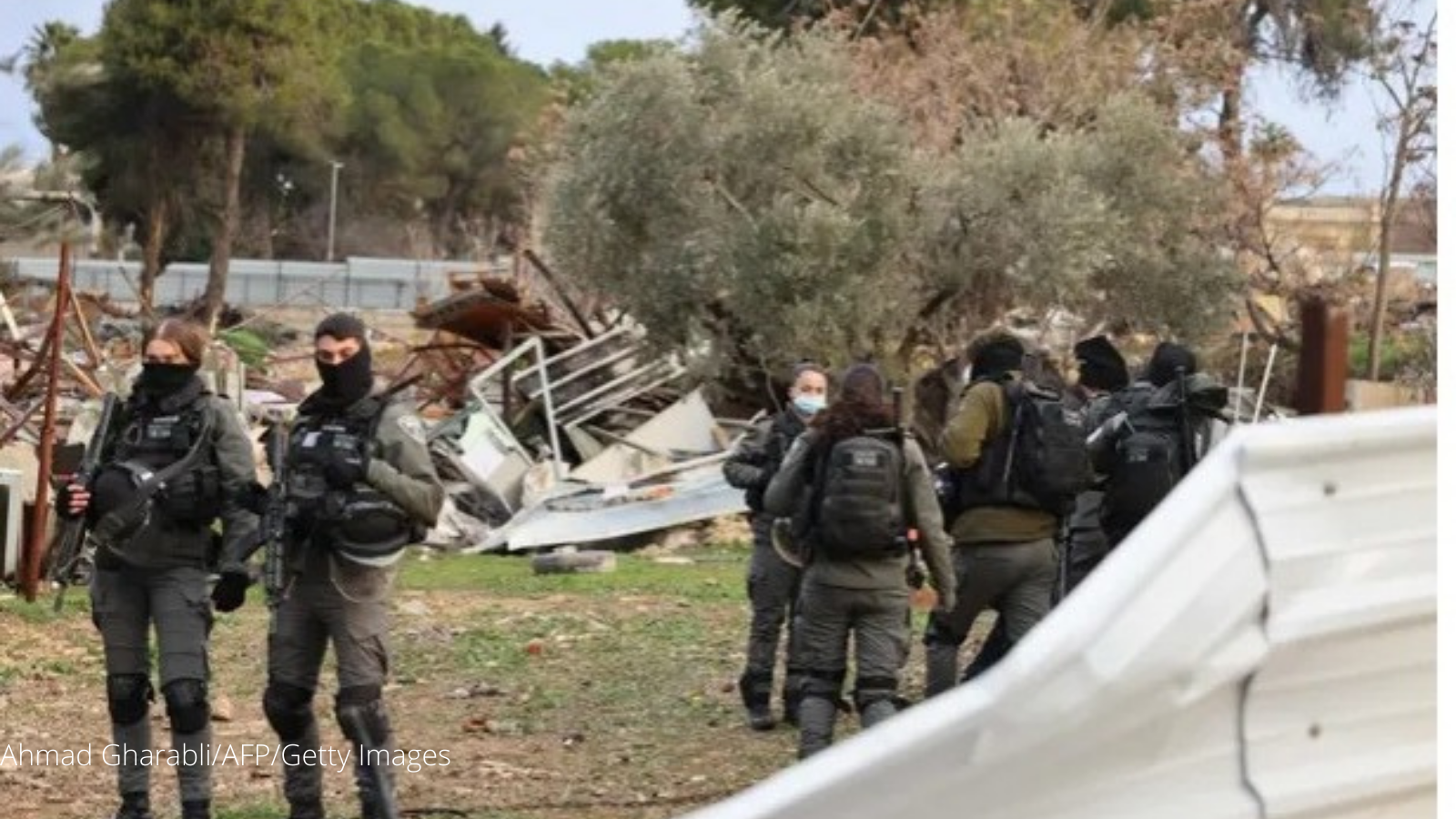 (WASHINGTON, D.C., 1/19/22) – The Council on American-Islamic Relations (CAIR), the nation’s largest Muslim civil rights and advocacy organization, is calling on President Biden and the U.S. Department of State to “forcefully condemn the Israeli government’s ongoing campaign of ethnic cleansing of Sheikh Jarrah” – following Israeli police yesterday dragging 15 Palestinian family members from their home, reportedly beating some, including a nine-year-old girl, before demolishing the residence with a bulldozer.

In August, President Joe Biden told Israeli Prime Minister Naftali Bennet in a private meeting at the White House that the United States is opposed to Israeli evictions of Palestinian families in the occupied Sheikh Jarrah neighborhood.

In a statement by CAIR National Executive Director Nihad Awad:

“The Israeli apartheid government is completely out of control because the Biden administration is not holding it accountable for its escalating human rights abuses.

“Beating a Palestinian family, including a nine-year-old girl, and then bulldozing their home in the middle of the night is simply the latest human rights abuse committed under Israel’s far-right leader, a former settler who explicitly opposes the creation of a Palestinian state.

“We call on President Biden and the State Department to forcefully condemn the Israeli government’s ongoing campaign of ethnic cleansing of Sheikh Jarrah in occupied East Jerusalem and then take concrete action to stop it.

“It is long past time for our government to stop sending billions of American tax dollars overseas to support the racist oppression of Palestinian men, women and children.”

In October, CAIR called on President Biden to strongly challenge Israel’s announced plans to build 1,355 new “apartheid”* homes for Jewish settlers on occupied Palestinian land in the West Bank. These homes would be in addition to the more than 2,000 segregated Israeli settler-only homes announced in August. [*Like in segregated housing in apartheid-era South Africa, the homes would not be available to those who are native to the land.]

While the Biden administration has previously said it opposes unilateral Israeli settlement construction on occupied Palestinian land – and such projects being illegal under international law – the White House has failed to publicly challenge the Israeli government over its continued expansion of segregated settler housing projects and expulsion of dozens of Palestinian families in Silwan, Sheikh Jarrah and elsewhere.

CAIR has previously called on the Biden administration to hold Israel accountable for its violations of human rights and end support for Israeli aggression.

In August, CAIR joined Americans for Justice in Palestine Action and other civil and human rights organizations to protest outside the White House as President Biden welcomed Israeli Prime Minister Naftali Bennett to Washington, D.C.

The groups demanded an end to the Israeli government’s ongoing and systematic violations of Palestinian human rights, and the Biden administration’s unconditional support for Israeli apartheid.

The protest also called for an end to US military and diplomatic support of all human rights violations, including an immediate halt to forced expulsions of Palestinians from their homes in Jerusalem, and the suffocating siege of Gaza.

CAIR has called on President Biden and U.S. Department of Homeland Security Secretary Alejandro Mayorkas to reject Israel Envoy to the U.S. Gilad Erdan’s August 2021 request for a U.S. Visa Waiver Program deal “without a firm guarantee of reciprocal travel privileges for all Americans–including Muslim, Palestinian and Arab-American travelers who often face severe entry restrictions or outright travel bans when entering Israel– it would create an unequal system that benefits Israel while harming the United States.”

In July 2021, CAIR welcomed the U.S. State Department’s call for an end to Israel’s illegal collective punishment demolitions of Palestinian homes following the leveling of a house in which the family of a Palestinian-American attack suspect was living.

In June 2021, CAIR called on the Biden administration to condemn the Israeli government’s ongoing demolition of 100 Palestinian homes and businesses in the Silwan neighborhood in East Jerusalem to build a religious theme park on the land.

In June 2021, CAIR also joined a coalition of more than 100 national organizations calling on President Biden to stop the sale of $735 million in advanced weapons to Israel.

The sale would include the same type of missiles that were used by Israeli forces to kill more than 200 civilians, including more than 60 children, and destroy residential buildings in Gaza.

In May 2021, CAIR called on President Biden to “unequivocally condemn” the storming of the Al-Aqsa Mosque (Masjid Al-Aqsa) compound – shooting rubber bullets and firing tear gas at worshipers and Palestinians holding a rally celebrating the recent cease-fire — jeopardizing its continuation.

In March 2021, CAIR joined more than 130 organizations led by the U.S. Council of Muslim Organizations (USCMO), American Muslims for Palestine (AMP) and activists for the National March for Palestine in Washington, D.C., to support mounting international pressure on Israel’s attacks against Palestinian civilians, particularly children, hospitals, homes, schools, and libraries.