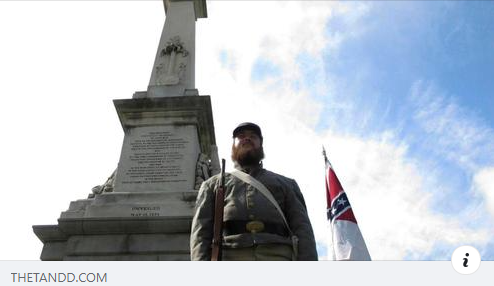 (WASHINGTON D.C., 9/23/2021) – The Council on American-Islamic Relations (CAIR), the nation’s largest Muslim civil rights and advocacy organization, today called on the South Carolina Legislature to repeal a law protecting Confederate monuments after it was upheld by the state Supreme Court.

South Carolina’s Heritage Act, which prevents colleges and local governments from removing monuments honoring Confederate and segregationist figures, was unanimously upheld by the South Carolina Supreme Court on Wednesday. The law was initially passed in 2000 as part of a compromise to remove the Confederate flag from the South Carolina Statehouse dome. The Court’s ruling struck down a requirement for a two-thirds approval of the General Assembly for a move or name change.

“This law is a blatant example of government overreach and meddling in local affairs, and it is being done only to preserve monuments to white supremacy and systemic anti-Black racism. We urge the South Carolina State Legislature to repeal this law, and urge elected officials nationwide to rid their communities of symbols of racist hate.”

He noted that CAIR has urged and supported the removal of Confederate monuments across the country.

McCaw said the American Muslim community and CAIR stand in solidarity with all those challenging anti-Asian and anti-Black racism, xenophobia, Islamophobia, anti-Semitism, white supremacy, and all other forms of bigotry.