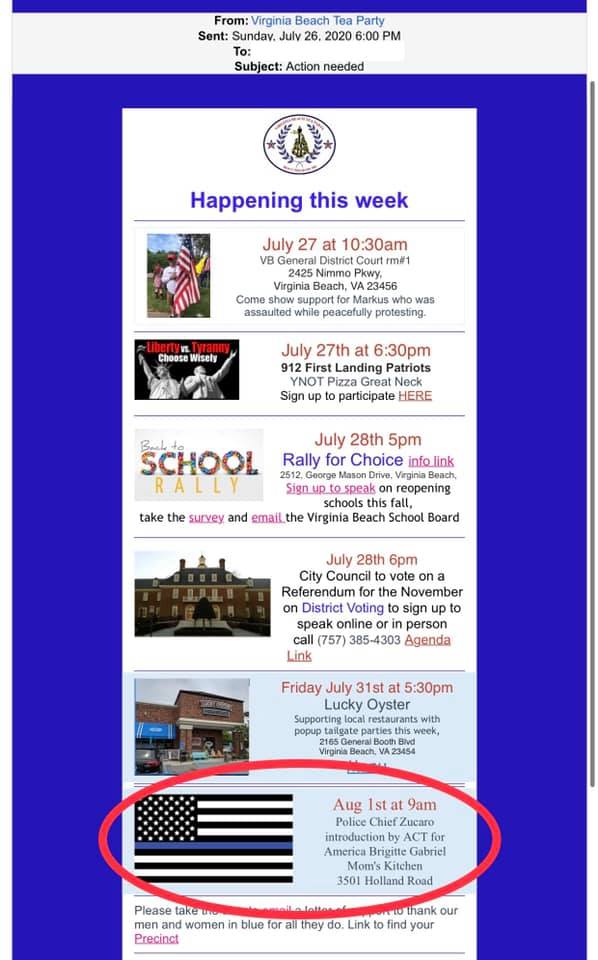 “Chief Zucaro should be given the benefit of the doubt that he was unaware that he was to be introduced by the leader of an anti-Muslim hate group,” said CAIR National Communications Director Ibrahim Hooper. “Now that Chief Zucaro has been made aware of Brigitte Gabriel’s hateful and dangerous views, he should withdraw from the event.”

Hooper noted that Chief Zucaro has communicated that he is investigating the matter and that he “has no desire to attend a function associated with a hate group.”

Gabriel (a.k.a Hanah Kahwagi Tudor), head of the hate group ACT for America, believes that “America is at stage two Islamic Cancer,” that “every practicing Muslim is a radical Muslim,” that a Muslim “cannot be a loyal citizen of the United States,” and that Arabs “have no soul.”

ACT for America has been designated as a hate group by the Southern Poverty Law Center (SPLC). The SPLC has named Brigitte Gabriel as a member of the nation’s “Anti-Muslim Inner Circle.”

Video: ACT for America is a Hate Group, Plain and Simple
https://youtu.be/h2BubWrtKHQ

Her group has ties to white supremacist, neo-Nazi hate organizations that exhibit the same bigoted themes as seen at the 2017 Charlottesville, Va., neo-Nazi rally.