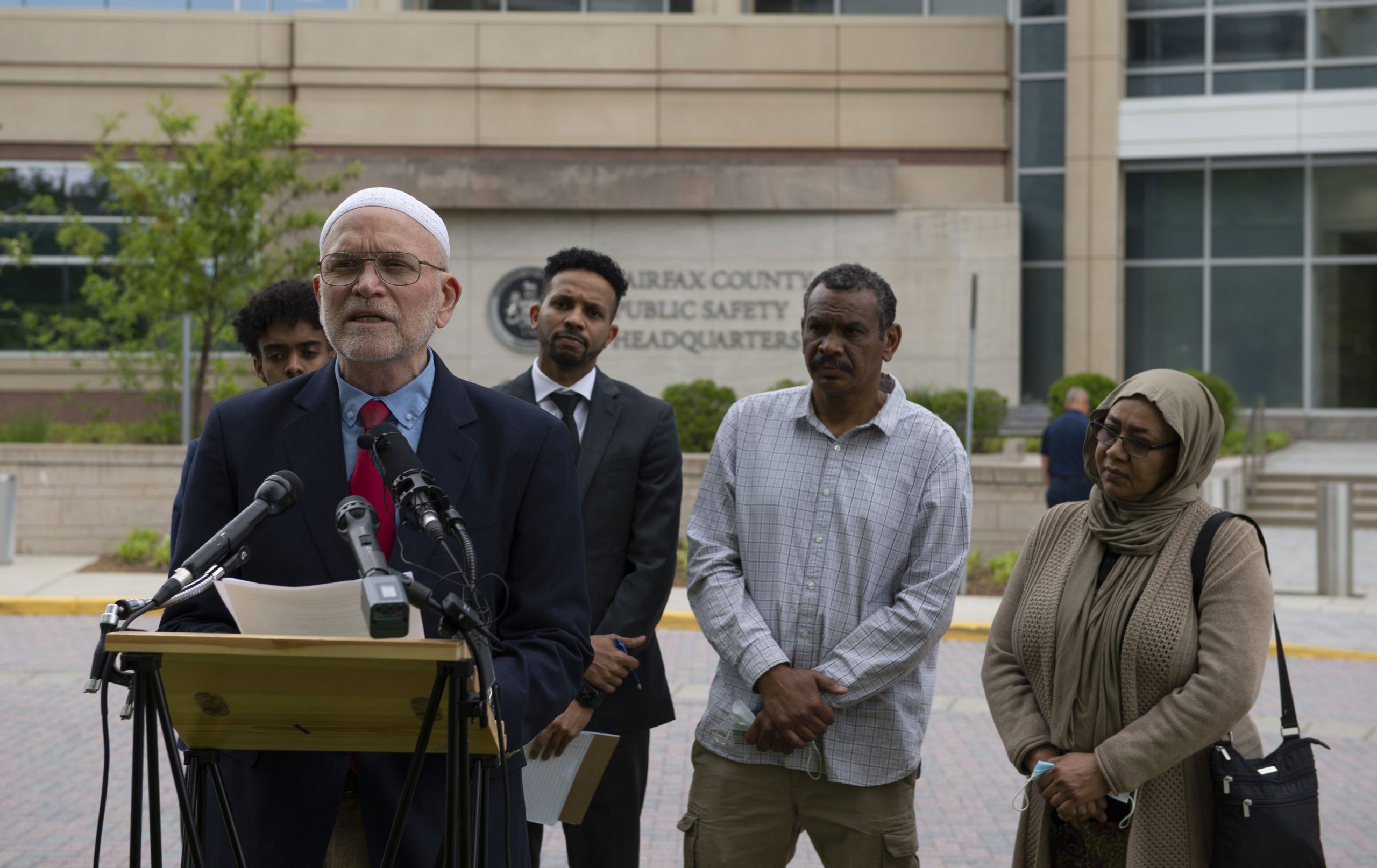 (WASHINGTON, D.C, 5/12/2022) – The Council on American-Islamic Relations (CAIR), the nation’s largest Muslim civil rights and advocacy organization, today held a news conference to call on Virginia’s Fairfax County Police Department (FCPD) to renew its search for Ahmed Hasheem Ebrahim who was reported missing on January 17 and allegedly murdered on January 16, 2022.

CAIR is also calling on Fairfax County officials to direct the police to reopen the search.

Authorities learned that Ebrahim’s body was placed in a dumpster on January 17 and later taken to a local landfill. His body has not yet been found.

CAIR was informed by the family that the search for Ebrahim’s body ended on April 8. The family says that there was a lack of transparency in how the search unfolded and that there were several missteps taken by the Police Department that could have been avoided.

“The lack of transparency provided to Hasheem Ebrahim’s family is deeply concerning. Had this been the child of a prominent politician, the county would do everything in its power to ensure justice. We strongly urge the Fairfax County Police Department and board of supervisors to take swift action for the family of Ebrahim.”

On April 29, CAIR sent a letter to Fairfax County Police Chief Kevin Davis urging a renewed search for Ebrahim’s body and detailing a list of questions by the family, none of which have been addressed. CAIR and the family also requested a meeting with Chief Davis, which was also ignored.

The letter states in part:

The family has yet to receive answers to questions about how the search for Ebrahim unfolded. For example:

1. Did the police follow the search as recommended by the experts, including the National Center for Missing and Exploited Children? If not, what deviations were made from those plans and why?

2.     The family reports that a police department employee informed them that they had roughly 1400 tons of trash to go through on April 8th, the last day of the search, but could only go through 500 tons. How many tons of trash was left unsearched after April 8th and why?

3.     The family was told there would be an evaluation done after the first 10 days of search by hand. Was such an evaluation completed? If yes, when? We’re any of the experts outside of FCPD involved? If not, why? If yes, what were the expert’s recommendations?

We ask that you address all of these questions and provide CAIR and the family with a copy of the search plan as recommended by the experts.

We would appreciate it if you can meet us in the next few days to discuss this further in-depth.