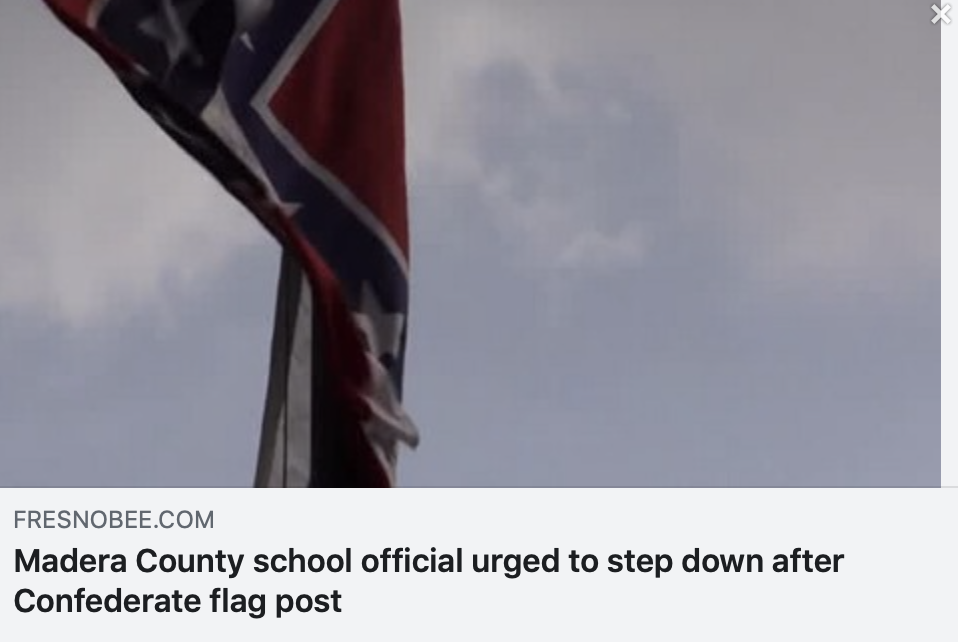 (FRESNO, CA, 6/25/20) – The Central California office of the Council on American-Islamic Relations (CAIR-CC) today condemned a Madera public schools official’s racist post and joined calls for the official to be held accountable.

A post to the private Facebook account of Sara Wilkins, the president of the Madera County Board of Education, showed an image of a Confederate flag and stated: “I am proud to be white.”

The post also read, “I bet no one passes this on because they are scared of be called a racist.”

A change.org petition, “Sara Wilkins needs to step down, resign, or be fired,” has gained more than 1,500 signatures.

“We condemn this disturbing post. Schools should be safe spaces for students, but how can that be when some of the highest officials are embracing and sharing bigotry? We urge the Madera Unified School District to hold her accountable.”

He posted, “If you don’t Love the Country you live in, then go back to the country you or your ancestors came from. I’m SICK of this S***.” He resigned Tuesday from his position.

“We must ensure that bigotry, racism and hatred are not tolerated in our communities,” said CAIR-CC’s Hussain. “We must stand together to call out and condemn intolerance in all forms and hold our officials accountable.”