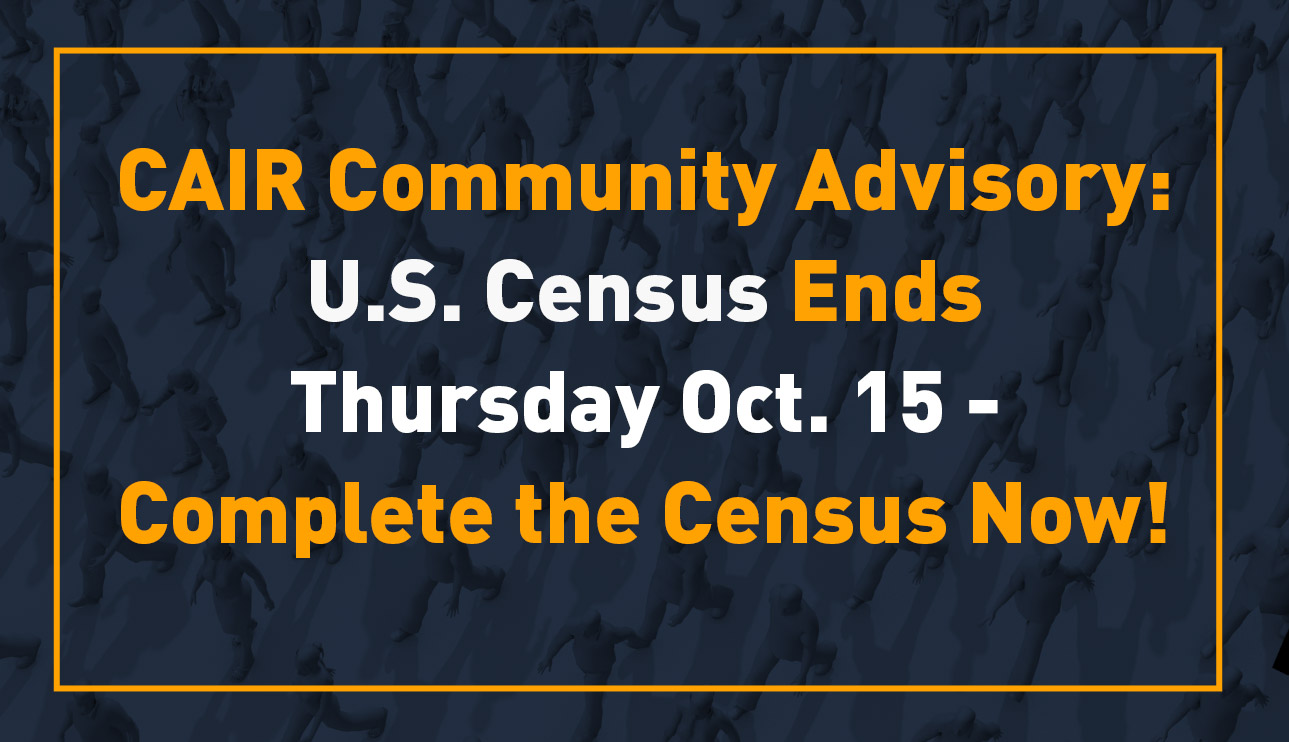 (WASHINGTON, D.C. – 10/14/20) – The Council on American-Islamic Relations (CAIR), the nation’s largest Muslim civil rights and advocacy organization, is urging all American Muslims to complete and submit their U.S. Census form by Thursday, October 15 after the Supreme Court yesterday sided with the Trump administration to overturn a lower court order allowing it to continue until the end of October.

All mailed census forms must be postmarked by Thursday, October 15. The census can also be completed by phone until 11 p.m. on Thursday. CAIR advises the quickest way to complete the census is online by form.

In her dissenting opinion, Supreme Court Justice Sonia Sotomayor wrote the court’s decision: “The harms caused by rushing this year’s census count are irreparable,” and that states will “suffer their lasting impact for at least the next 10 years.”

CAIR believes that full participation in the census ensures that American Muslims will be better represented in Congress and that their communities receive an equal share in state and federal programs.