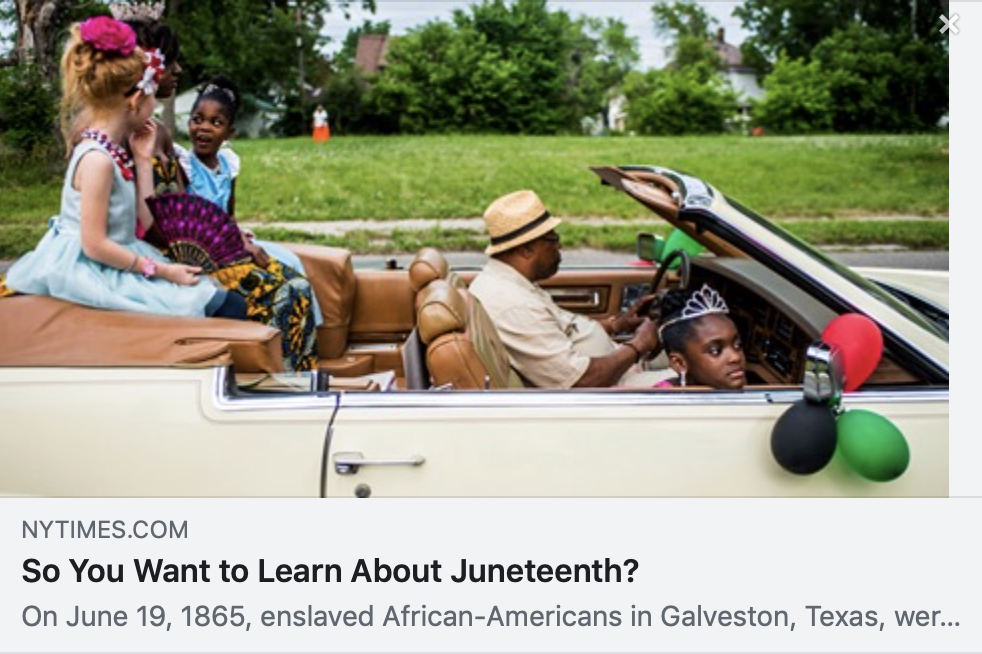 (Baltimore, Md., 6/18/20) – The Maryland office of the Council on American-Islamic Relations is calling on khateebs (Islamic prayer leaders) and imams (Islamic religious leaders) to 1) highlight the significance of Juneteenth during their Friday khutbas (sermons) for congregational prayers, 2)encourage Muslim communities to participate in socially distanced local actions, and 3) support the push for June 19 to be recognized as a paid holiday in the state.

Juneteenth, also known as Freedom Day, is an annual holiday dating back to June 19, 1865 when Union soldiers led by Major General Gordon Granger landed in Galveston, Texas with the announcement that the war had ended and enslaved people were free. This occurred two and a half years after President Abraham Lincoln issued the Emancipation Proclamation

The Maryland General Assembly officially recognized Juneteenth as a holiday six years ago in an effort led by former State Delegate Melvin Stukes. Muslim communities are being urged to participate in socially distanced local actions commemorating the holiday, and to join the call to urge lawmakers to designate the day as a paid holiday.

SEE: Find a Juneteenth Action Near You

Here’s A List Of D.C.-Area Protests, Rallies And Events Planned For Juneteenth