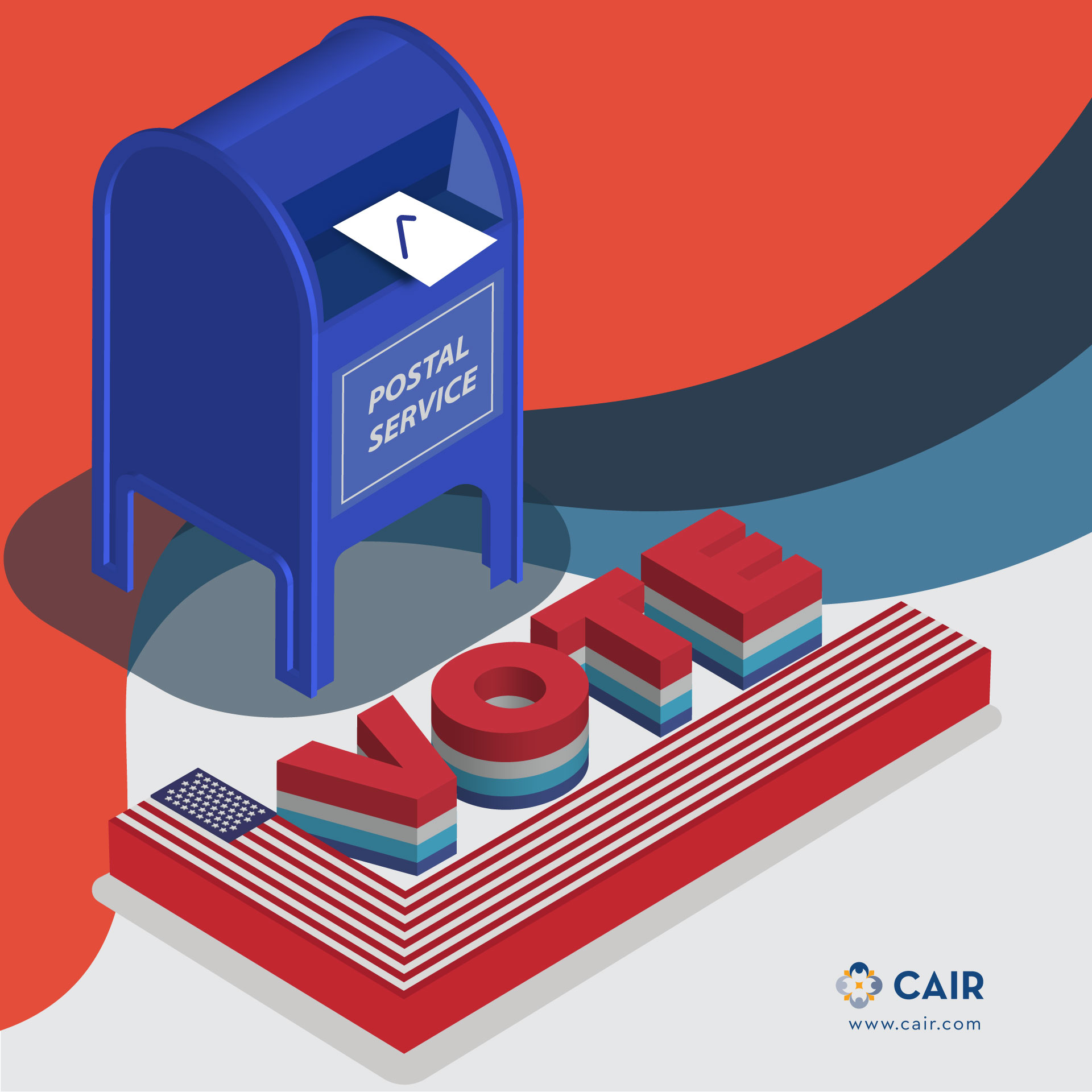 (WASHINGTON, D.C., 10/13/20)– The Council on American-Islamic Relations (CAIR), the nation’s largest Muslim civil rights and advocacy organization, is reminding eligible Muslim voters in Virginia today, Tuesday, October 13, is the last day to register to vote online, by mail or in person.

To register to vote in Virginia, the requirements are:

Muslim community members are urged to report any bias incidents to police and to CAIR’s Civil Rights Department at 202-742-6420 or by filing a report at: https://www.cair.com/report/

Last week, CAIR released the results of a nationwide survey of Muslim voters on the upcoming presidential election indicating a likely high turnout of Muslims at the polls on November 3.

More than 70 percent of whom say they will vote for Joe Biden – and concern about issues such as civil rights, education, the economy, bullying, a proposed ban on Muslims entering the U.S., and national security.

CAIR’s survey is just one part of an ongoing effort by the Washington-based civil rights organization to mobilize American Muslim voters.