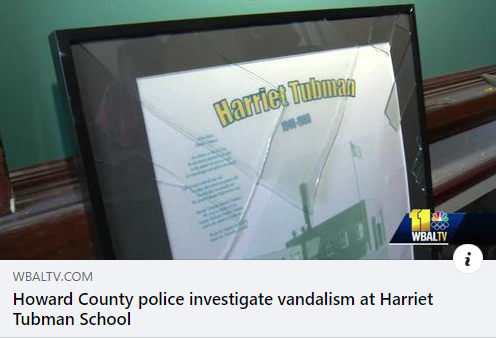 (BALTIMORE, Md., 7/29/2021) —  The Maryland office of the Council on American-Islamic Relations (CAIR) today condemned a break-in and apparently racially-motivated vandalism at a historic school building in Maryland earlier this week.

Based in Howard County, the Harriet Tubman School was at one time the county’s only high school for Black students during segregation. According to the president of the Harriet Tubman Foundation Bessie Bordenave, someone broke into the building Monday or Tuesday, shattered all of the windows, damaged parts of classrooms, and specifically destroyed property related to Black history.

“The Harriet Tubman School is a symbolic part of the county’s history, and we reject this cowardly attempt to intimidate and invoke fear,” said CAIR’s Maryland Director Zainab Chaudry. “CAIR stands in solidarity with the Harriet Tubman Foundation and Black communities who are consistently targeted with racial intolerance and hate in Howard County and beyond.”

Plans to renovate the building will be delayed pending the police investigation. CAIR has offered to recruit volunteers to assist in the clean up efforts. The civil rights group is urging anyone with information about the crime to contact the Howard County Police Department at 410-313-STOP.

“As we work to renovate and create an impactful cultural center that will enrich our whole community, this act of violence is frustrating and upsetting. This site is where many Black Howard County residents received their education and is foundational to our strong legacy of public education here in Howard County.

The Howard County Police Department is actively investigating this incident with significant resources, including their patrol team, criminal investigations detectives, crime lab and outreach officers who monitor hate bias incidents. I was briefed today that our ongoing investigation has led us to obtain evidence at the scene which may help identify the person or people responsible.

This incident is extremely troubling to our community and the many who have advocated for this Cultural Center for decades. I have confidence in our Howard County Police Department as it conducts its investigation. Hateful violence has no place here in Howard County.”