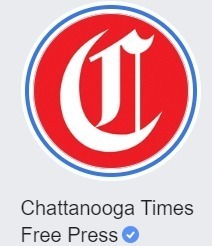 Hale called Grundy County a “hotbed of white supremacy” after a July 4th parade at which Confederate battle flags were flown. He also called the confederate flag, “traitorous and racist.”

A comment was left on his Facebook page that read, “you can’t say what you said and then want to come back and try to make it right— thats [sic] not going to work-anyone in this county that heard your words will not be there for you—you might as well just go on down the road—Me personally want to put a bullet in your head and I just might.”

“Free speech protects criticizing racist symbols. It does not however protect death threats against those who wish to call out white supremacy. It is unfortunate that those who push to see this nation move toward a more inclusive environment are subjected to such bigoted responses.”

Washington-based CAIR and the American Muslim community are standing in solidarity with all those challenging anti-Black racism and white supremacy.

CAIR recently unveiled a Black Lives Matter banner containing the names of hundreds of victims of racist police violence, including George Floyd, on its Capitol Hill headquarters in Washington, D.C.