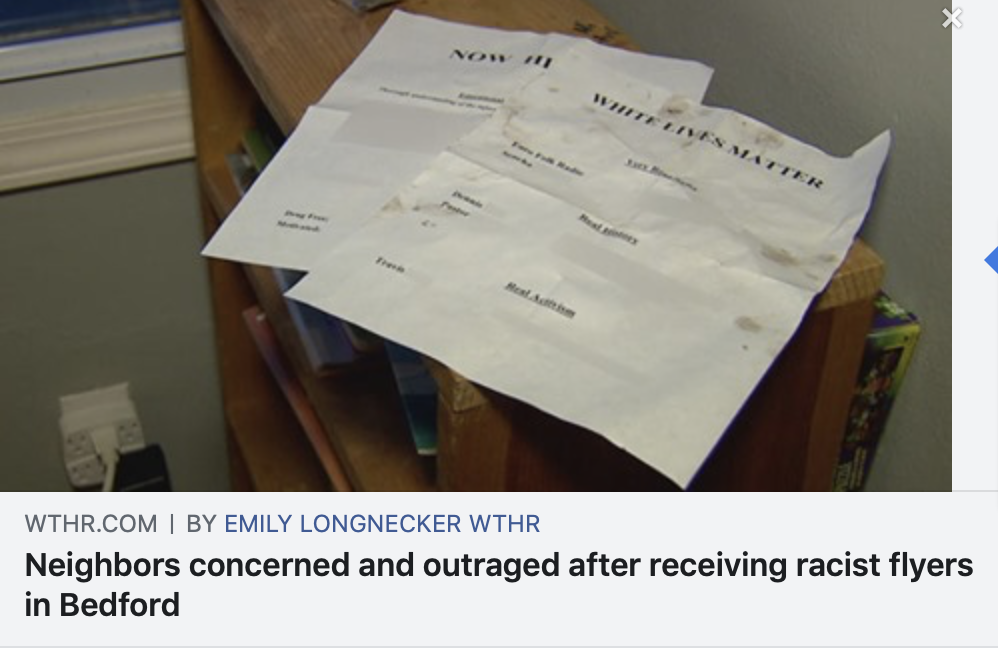 Residents found plastic bags with rocks inside and flyers with Nazi swastikas, hateful messages, and links to racist websites listed on them.

One flyer included the message, “White Power. Get some,” with a Nazi swastika in the middle. Another flyer read, “No White Guilt,” and listed links to websites that represented white supremacist ideology.

“We condemn the distribution of these hate-filled materials and urge law enforcement authorities to investigate whether any state or federal laws were violated by those promoting such bigoted views,” said CAIR National Communications Director Ibrahim Hooper.

Hooper said CAIR has reported an unprecedented spike in bigotry targeting American Muslims, immigrants and members of other minority groups since the election of Donald Trump as president.