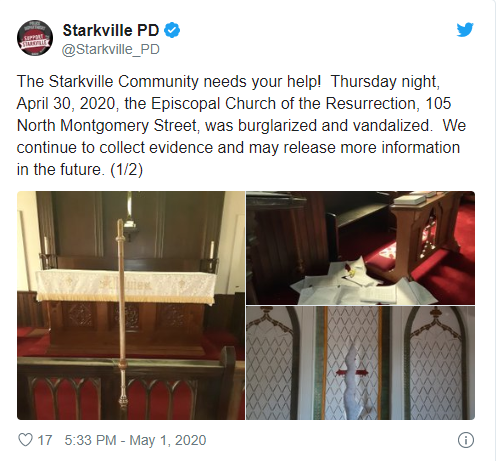 Police in Starkville, Miss., posted photos online showing damage inside the Episcopal Church of the Resurrection that included a cross turned upside down and another cross damaged. Police are investigating the incident as a hate crime.

“We condemn this apparent act of hate targeting a house of worship and stand in solidarity with the Christian community in Mississippi and nationwide,” said CAIR National Communications Director Ibrahim Hooper. “We urge law enforcement authorities to consider bringing hate crime charges against the perpetrators once they are apprehended.”

He noted that CAIR recently welcomed the U.S. Department of Justice (DOJ) decision to file federal arson charges against the man arrested for allegedly setting fire to A Missouri mosque.