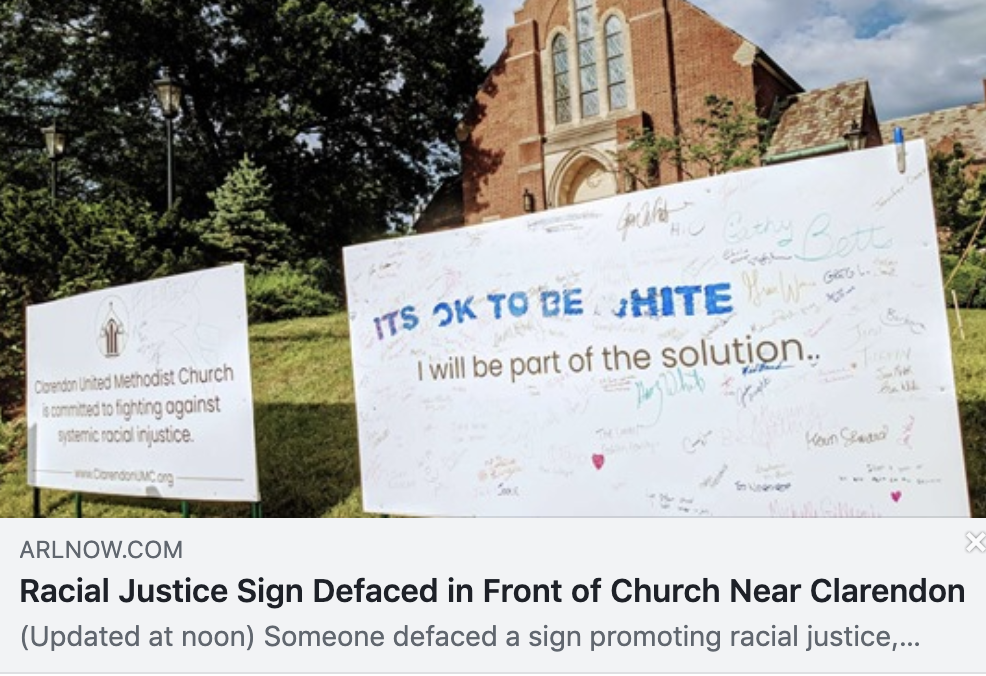 A painting on the doors of Luther Place Memorial Church in Washington, D.C., which displayed an image and quote of Martin Luther King Jr., was removed.

Racial Justice Sign Defaced in Front of Church Near Clarendon

“Vandalism targeting symbols of racial justice – particularly at houses of worship — should be investigated as acts of hate and the perpetrators should be charged accordingly.”

He said CAIR and the American Muslim community are standing in solidarity with all those challenging anti-Black racism and white supremacy. Yesterday, CAIR unveiled a Black Lives Matter banner containing the names of hundreds of victims of racist police violence, including George Floyd.