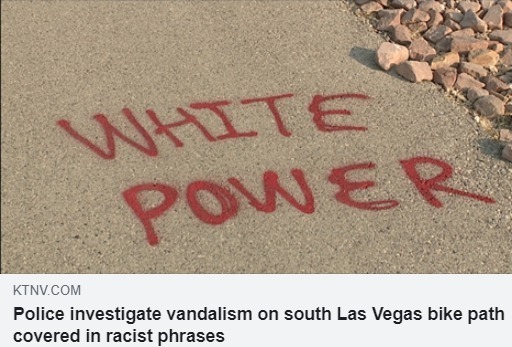 CAIR also condemned a vandalism on a bike path in Clark County Las Vegas, Nev. A path, signs and nearby walls were spray-painted with racist phrases including “white power” and “white lives matter.”

“These types of hateful displays demonstrate how deep systemic anti-Black racism and white supremacy are entrenched in our nation and remind us why we – as a society – must stand against this systemic racism.”

She said CAIR has reported an unprecedented spike in bigotry targeting American Muslims, immigrants and members of other minority groups since the election of Trump as president.

Earlier today, CAIR joined calls for the resignation of a Virginia mayor who posted a racist and sexist comment online that “Joe Biden has just announced Aunt Jemima as his VP pick.”