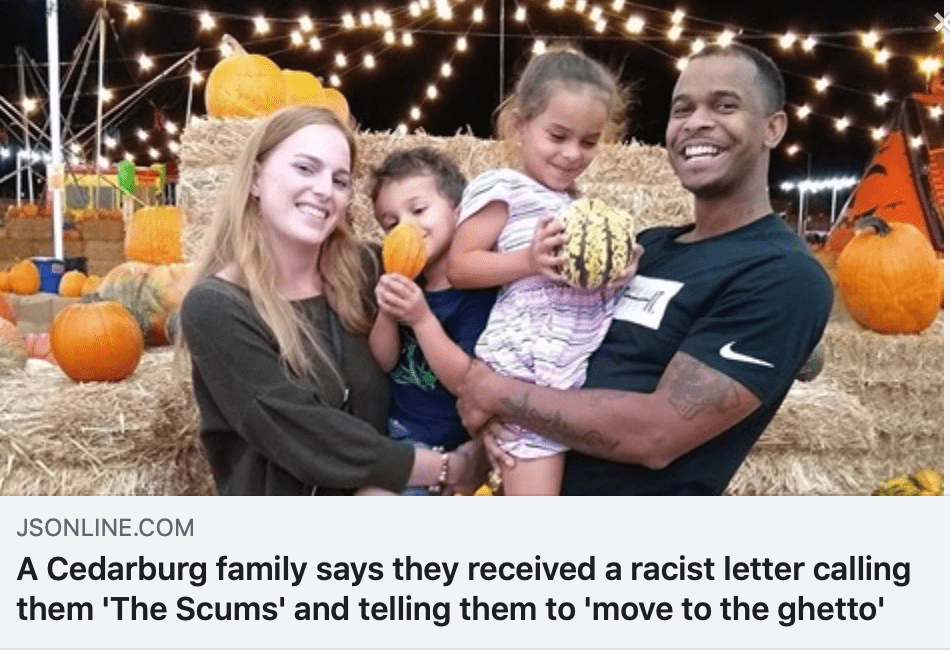 (WASHINGTON, D.C., 3/6/20) – The Council on American-Islamic Relations, the nation’s largest Muslim civil rights and advocacy organization, today condemned a racist letter sent to a family in Cedarburg, Wisc., telling them to move.

The interracial family had been living in the City of Cedarburg for seven years recently moved to a house in the rural Town of Cedarburg. They received an anonymous letter in the mail addressed to “The Scums” telling them to “move to the ghetto.” The letter was reportedly postmarked from Milwaukee.

SEE: A Cedarburg family says they received a racist letter calling them ‘The Scums’ and telling them to ‘move to the ghetto’

“This racist attempt to intimidate a family into moving from their home is unacceptable. As a nation, we should be moving toward a more inclusive and accepting environment in which people do not have to consider being targeted due to their race when deciding where to live.”

She added that CAIR has reported an unprecedented spike in bigotry targeting American Muslims, immigrants and members of other minority groups since the election of Donald Trump as president.