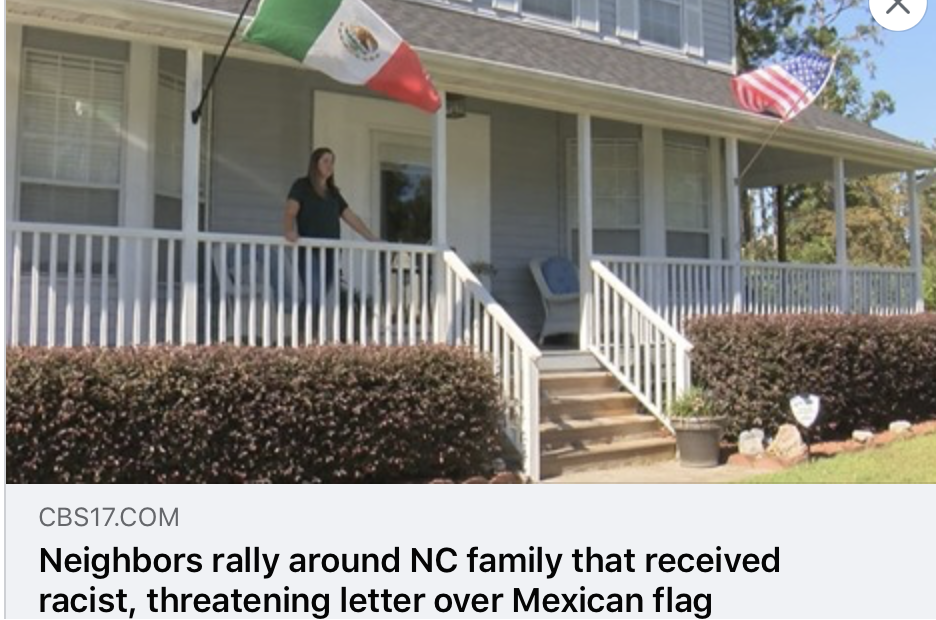 The family received a letter saying they must take down the Mexican flag flying in front of their home. The letter read in part, “The 2nd Amendment gives the the [sic] right AND DUTY (with guns) to rid my country of people like you and your family. TAKE THE F*#@ING FLAG DOWN OR FEEL MY WRATH.” Several neighbors bought Mexican flags of their own and began flying them in solidarity.

“As Americans with multiple identities, we should not have to choose between our different backgrounds to be accepted in our society. We are happy to see the neighborhood standing in solidarity with the family and against racism, xenophobia white supremacy.”