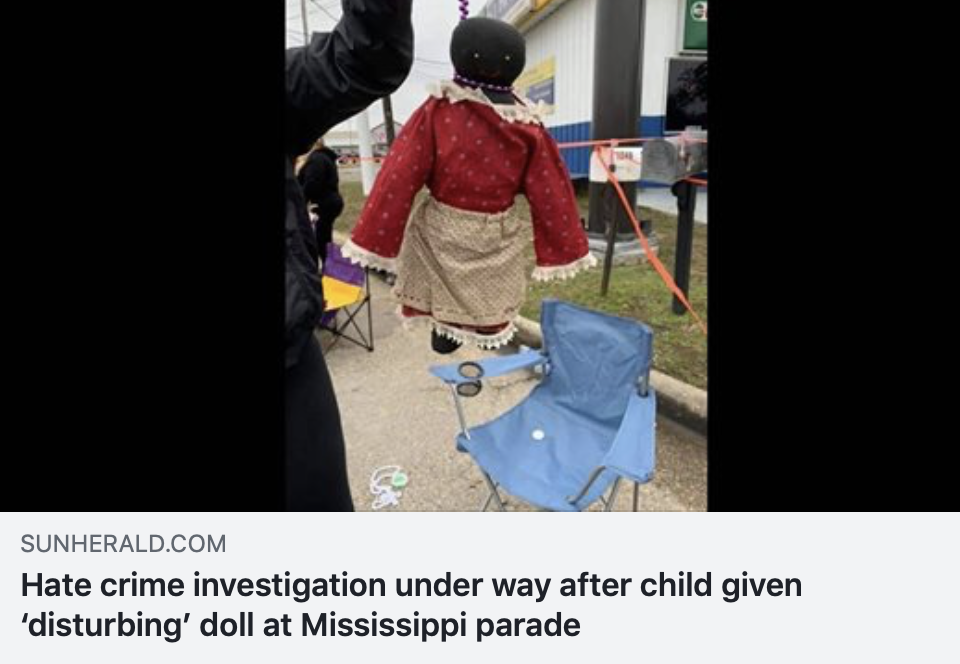 (WASHINGTON, D.C., 2/18/20) – The Council on American-Islamic Relations (CAIR), the nation’s largest Muslim civil rights and advocacy organization, today condemned racist items thrown to children in the crowd at parades in Mississippi and Louisiana.

Two racist throws were reported: a black character magnet holding watermelon at a Gretna, La., parade and a black doll with a bead noose in Bay St. Louis, Miss. The black character magnet was caught by a two-year-old accompanied by his father. A 12-year-old African American girl received a black doll dressed in slave clothes with a bead noose and the man who gave it to her reportedly said, “That’s you.”

“These parades are family events making the presence of racist items even more disturbing. The young African-American girl was handed a doll resembling a slave with a noose around its neck and told ‘that’s you.’ This is traumatic and unacceptable for anyone – and particularly for a child to endure. We condemn these incidents and await the results of hate crime investigations.”

Washington-based CAIR has reported an unprecedented spike in bigotry targeting American Muslims, immigrants and members of other minority groups since the election of Donald Trump as president.