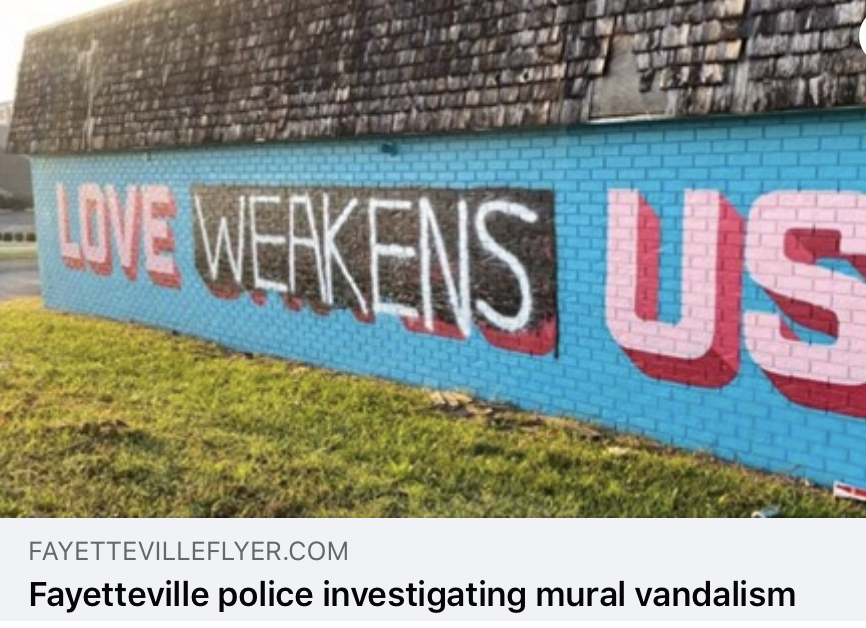 The “Love Unites Us” mural was defaced and painted over to read, “Love Weakens Us.” A white supremacist slogan was also painted on the building. Earlier this year, the building was vandalized with white pride graffiti.

CAIR also condemned a racist Facebook post by Arkansas Republican House candidate John S. La Tour regarding Black Lives Matter and Antifa. The post read, “Antifa and BLM are now saying they are coming to the country. I wonder what the bag limit is, and where I can purchase a riot-idiot hunting license.”

“We must acknowledge this type of language for what it is: a display of racism and white supremacy. We condemn this bigotry and stand strongly against all forms of anti-Black racism.”