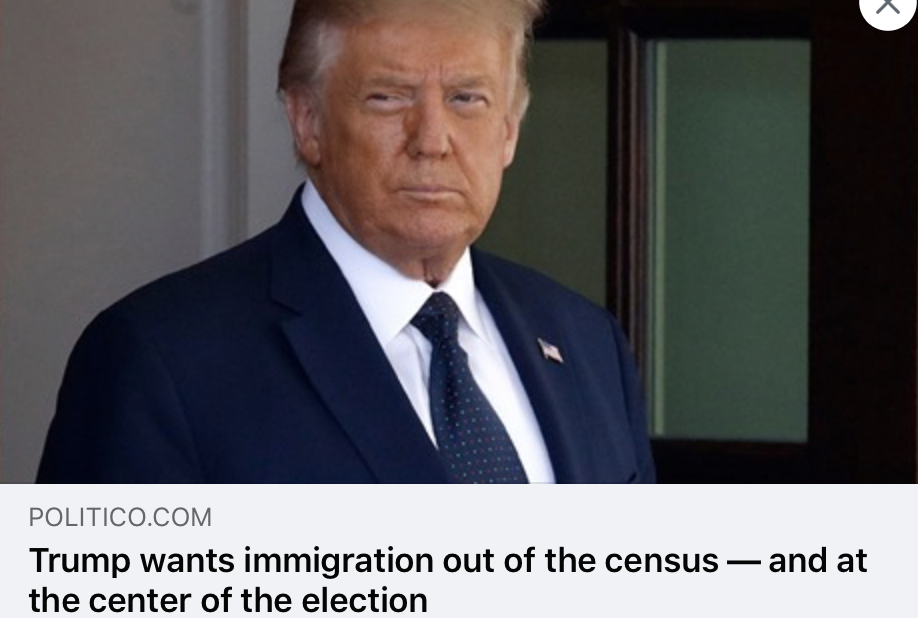 Muslim civil rights group urges every person residing in the U.S. to complete the U.S. Census

SEE: Trump tries to restrict undocumented immigrants from the census

Last year, the U.S. Supreme Court’s decision  blocked a question about citizenship status from being included in the 2020 Census and compelled the Trump administration’s compliance in printing census forms without a citizenship question.

Trump’s new memo states that it will be the “policy of the United States to exclude from the apportionment base aliens who are not in a lawful immigration status under the Immigration and Nationality Act.”

“CAIR condemns President Trump’s brazen attempt to subvert American law and the Constitution by eliminating from the census those his administration would perceive to be lacking documentation. This memo is yet another example of President Trump’s xenophobic and anti-immigrant agenda attacking communities of color.

“The census counts every living person in America regardless of immigration status. The president lacks the legal authority to change those results. He is grasping at straws and seeking a way to distract the American people, who are trying to survive his administration’s mismanagement of the COVID-19 pandemic.”

CAIR notes that U.S. Census takers are scheduled to visit the non-responding household between August 11 – October 31, to ensure a complete and accurate count. Until October 31, 2020, households can continue to respond to the census online or by phone.

CAIR COMMUNITY ADVISORY: Complete the U.S. Census Today Online, Over the Phone or By Mail

The 2020 Census, conducted by the Census Bureau, counts every person living inside the United States and five U.S. territories once every 10 years. Information from Census Bureau data affects congressional representation and school district assignments.