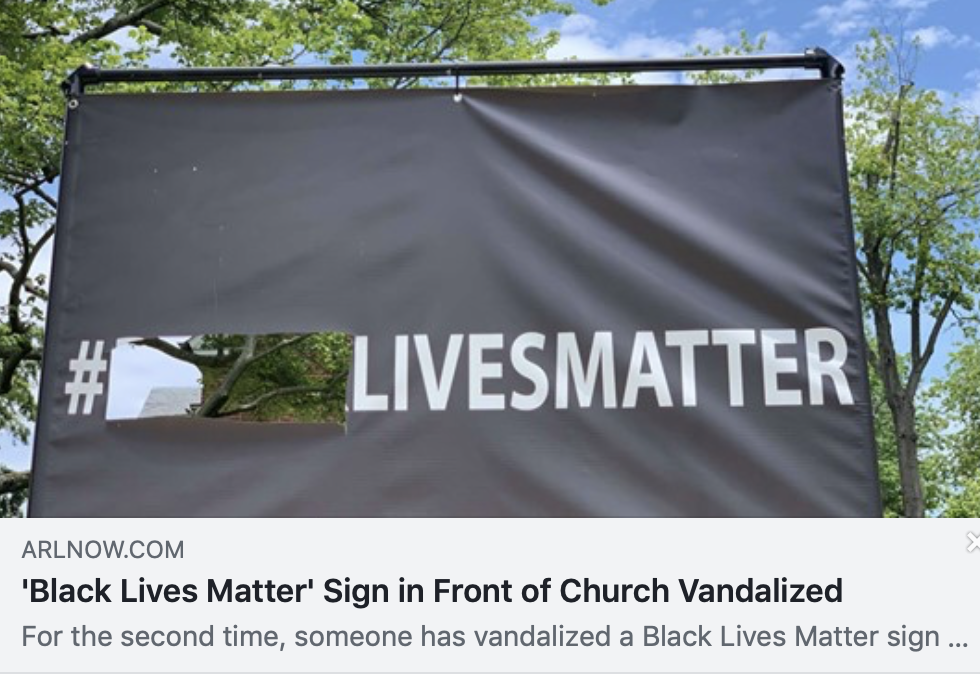 Someone had cut the word “Black” out of the Virginia church sign. The same thing had been done to a Black Lives Matter sign on the church lawn in 2015. The church is ordering new signs to replace the one destroyed by the vandalism.

CAIR also condemned the vandalism of a sign at the Islamic Center of Nashville over the weekend. The lettering on the sign was changed from “Black Lives Matter” to “All Lives Matter.”

In a statement, CAIR Communications Coordinator Ayan Ajeen said: “We strongly condemn the targeting of faith communities by those who seek to maintain systemic anti-Black racism and white supremacy.”

CAIR recently condemned the vandalism of a George Floyd mural in Utah and a white supremacy banner in Iowa.

She said CAIR and the American Muslim community are standing in solidarity with all those challenging anti-Black racism and white supremacy.