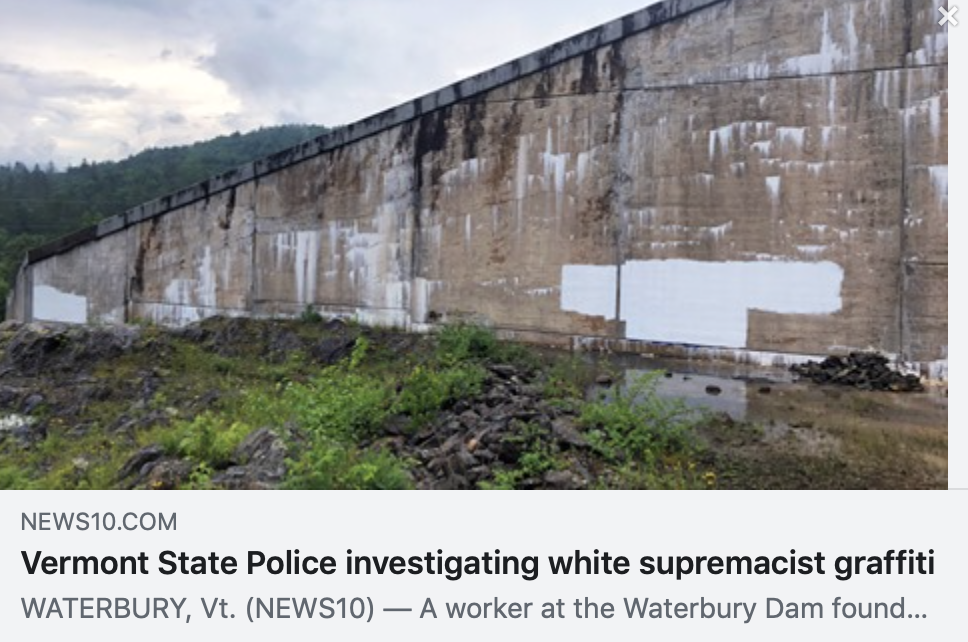 Police say the symbol used at the Waterbury Dam in Vermont connects the graffiti to the white supremacist group Patriot Front.

“Community responses to hate incidents must show that we all stand against bigotry and that we will not allow displays of racism in our communities.”

She said CAIR and the American Muslim community are standing in solidarity with all those challenging anti-Black racism and white supremacy. CAIR recently unveiled a Black Lives Matter banner containing the names of hundreds of victims of racist police violence, including George Floyd on its Capitol Hill headquarters in Washington, D.C.