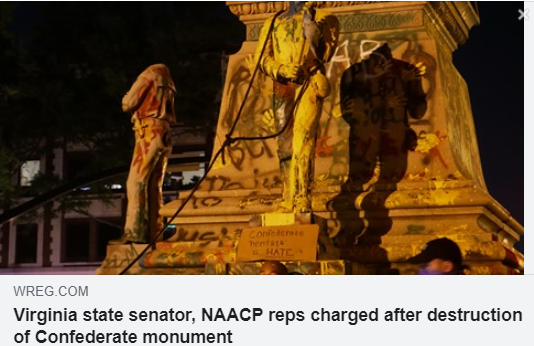 (WASHINGTON, D.C., 8/18/2020) – The Council on American-Islamic Relations (CAIR), the nation’s largest Muslim civil rights and advocacy organization, today decried as “excessive and unjust” felony charges brought against a Virginia state senator and others for actions at a Confederate monument destroyed on June 10 in Portsmouth, Va.

Virginia State Sen. Louise Lucas faces charges of conspiracy to commit a felony and injury to a monument. Warrants were also issued against Portsmouth School Board member LaKeesha S. “Klu” Atkinson and members of the NAACP.

“These excessive and unjust charges seem to be a politically-motivated attempt to push back against those who are challenging systemic anti-Black racism and white supremacy in our society,” said CAIR Deputy Executive Director Edward Ahmed Mitchell. “The charges should be reconsidered by independent authorities and amended or withdrawn.”