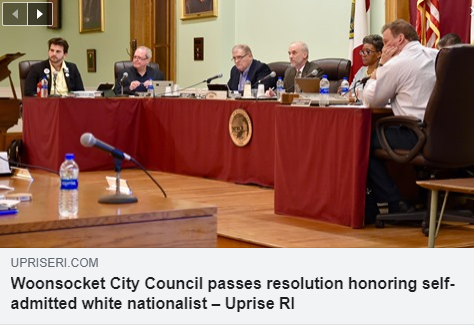 UPDATE: Mr. Dionne has since contacted CAIR to explain the â€œwhite nationalistâ€ quote misrepresents his views and that he rejects white supremacy and racism of any kind. CAIR National Communications Director Ibrahim Hooper joined Mr. Dionne on his radio program on Monday, Feb. 3, during which Mr. Dionne issued a clear repudiation of any form of bigotry.

(WASHINGTON, D.C., 1/30/20)Â â€“ The Council on American-Islamic Relations (CAIR), the nationâ€™s largest Muslim civil rights and advocacy organization, today decried a decision by the Woonsocket City Council in Rhode Island to maintain the name of a self-declared â€œwhite nationalistâ€ on an athletic field.

Following a heated debate, the council voted 5-2 on Resolution 20 R 12 requiring that the John R Dionne Track and Field will not have its name changed in the event the field is upgraded or moved. Since the 1986 naming of the field, Dionne has publicly declared himself a white nationalist on his daily radio show and defended President Donald Trumpâ€˜s comments on the White supremacist rally in Charlottesville. Dionne served as a city councilor from 1977 to 1987.

â€œMr. Dionne is free to hold white nationalist views â€“ however offensive or bigoted â€“ but he does not deserve the privilege of having a public facility named in his honor,â€ said CAIR National Communications Director Ibrahim Hooper. â€œPublic recognition should be reserved for those who bring our nation together, not divide it along racial or ethnic lines.â€

Hooper noted that CAIR has reported an unprecedented spike in bigotry targeting American Muslims, immigrants and members of other minority groups since the election of Donald Trump as president.

Earlier this week, CAIR call for an expanded hate crime probe of racist graffiti at the University of Richmond in Virginia after learning of two additional cases in which students were targeted for their national origin.