CAIR-DFW Calls on FMC to Ensure the Safety of Dr. Aafia Siddiqui After Brutal Inmate Attack and Release Her from Solitary Confinement 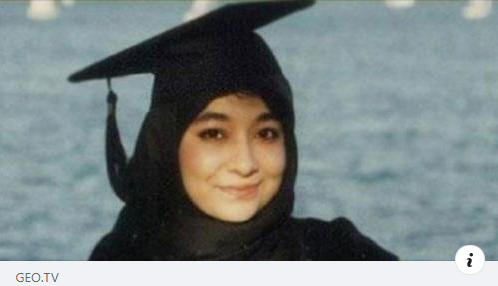 (DALLAS, TX, 8/19/2021) – The Dallas-Fort-Worth chapter of the Council on American-Islamic Relations (CAIR-DFW), a chapter of the nation’s largest Muslim civil rights and advocacy organization, today called on the Federal Medical Center (FMC) in Carswell, a United States federal prison in Fort-Worth, to ensure the safety of Dr. Aafia Siddiqui after another inmate allegedly brutally attacked her and to release her from solitary confinement.

CAIR-DFW is also calling on the prison to ensure Dr. Siddiqui’s attorney can continue to regularly meet with her client.

Only July 30, 2021, Dr. Aafia Siddiqui was reportedly attacked in her cell by another inmate. The inmate smashed a coffee mug filled with scalding hot liquid into Dr. Siddiqui’s face. After the attack, Dr. Siddiqui was unable to get up and was taken out of her cell in a wheelchair. Since the attack, Dr. Siddiqui was forced into solitary confinement which she remains in until today.  Her lawyer, Marwa Elbially, has been meeting in person with Dr. Siddiqui since January 2021 after several years of silence from her and the US authorities, in which the public and her family doubted whether she was still alive.

“During my last visit with Dr. Siddiqui I was shocked to see visible burns around her eyes, an approximately 3-inch scar near her left eye, a wound on her right cheek covered in toothpaste and a small piece of paper, and bruises on her right arm and legs. Moreover, she was in an orange jumpsuit as she had been placed in the administrative unit. It is important that we receive reassurance that Dr. Siddiqui is not punished for being a victim of a vicious assault and is safe from future attacks.”

Dr. Siddiqui is a Pakistani born Neuroscientist who received her degree from Brandeis University. She is a mother of three who was unjustly convicted of a crime that she did not commit and given an 86-year federal sentence.

“The fact that I’m not blind is a miracle from Allah,” said Dr. Aafia Siddiqui over the phone to her attorney.

SEE: Aafia Siddiqui: A Case of Lies and Inconsistencies Report

“We’re calling on FMC and the federal government to ensure the safety of Dr. Siddiqui, who we believe is unjustly imprisoned for a crime that she did not commit,” said Faizan Syed, Executive Director of CAIR-DFW. “Dr. Siddiqui repeatedly complained that she was being harassed by the other inmate, but FMC did not take it seriously, which directly led to this attack.”