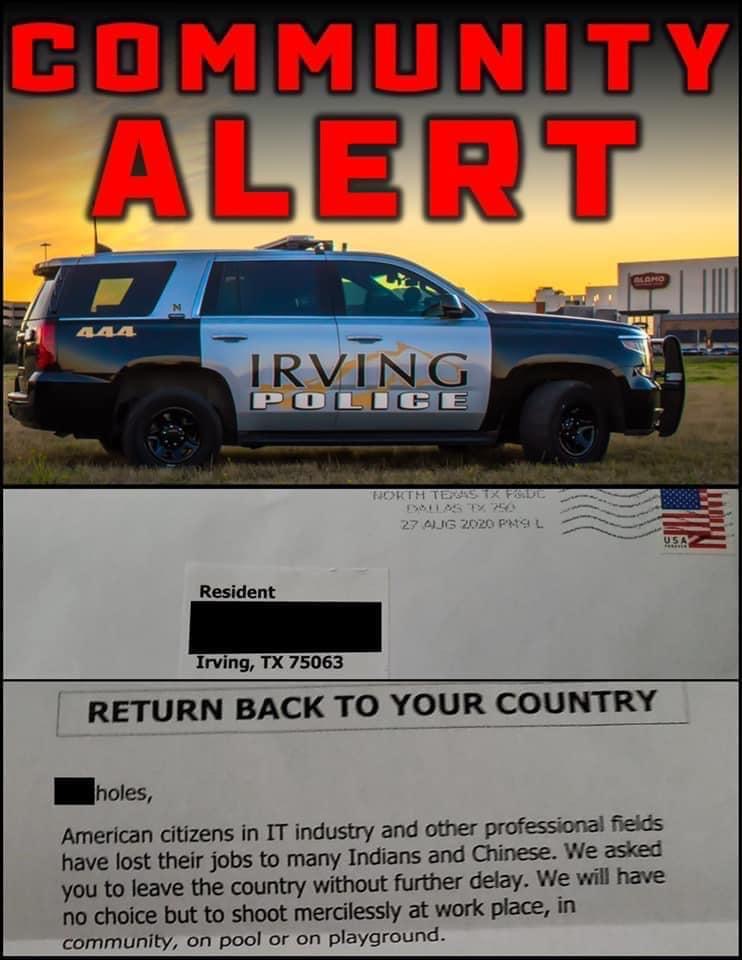 (DALLAS, TX, 9/1/2020) – Later today, the Dallas Fort-Worth chapter of the Council on American-Islamic (CAIR-DFW) will join a coalition of other civil rights organizations and faith partners at a press conference to call on the FBI to investigate hate letters sent to Indian-American and Asian-American families in Irving, Texas.

WHAT: Coalition to Call on FBI to Investigate Hate Letter

The letter threatens to “shoot mercilessly” immigrants of Chinese and Indian descent who work in the IT field.

“Today we call on state and federal law enforcement authorities to investigate these hate-filled and threatening letters that were sent to members of the Indian-American and Asian-American communities,” said CAIR-DFW Executive Director Faizan Syed. “This attempt to intimidate and threaten members of ethnic communities has an ugly history in our nation and we must stand united against it.”

He said local police are investigating the letters and asking anyone who has received them to preserve the letters and contact the Police Department ccunningham@cityofirving.org.