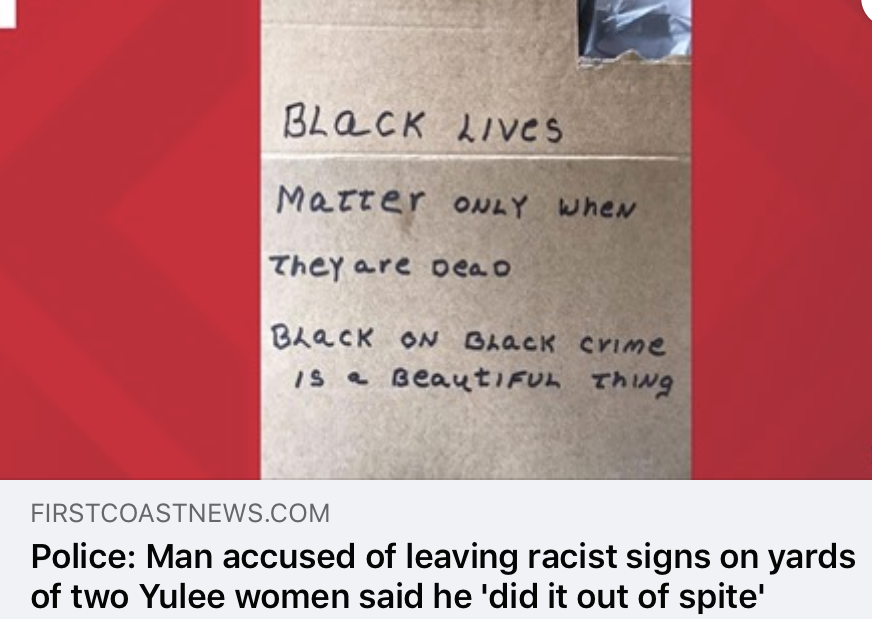 (MIAMI, FL, 9/29/2020) — The Florida chapter of the Council on American-Islamic Relations (CAIR-FL) today called on the Nassau and Clay County Sheriff’s Offices to bring criminal charges for those individuals  responsible for leaving hate-filled, racist and anti-Semitic notes left on several resident’s properties.

In a separate incident in Middleburg, other news outlets reported that an unidentified individual left racist fliers filled with white supremacy and Nazi propaganda on cars.

CAIR-Florida is requesting that Clay and Nassau Counties investigate these incidents as hate-crimes and, in both cases, arrest the perpetrators and have them face the justice of our judicial system.

“It is hurtful to witness a 96-year-old grandmother and another woman falling victims to hateful, threatening incidents. The Nassau County Sheriff must arrest and bringing to justice the perpetrator, Richard John Barry, who confessed to the crimes. He lightly dismissed his responsibility by stating he ‘did it out of spite.’ “This is a perfect case for the state attorney to step in and show leadership by carrying out justice in ordering the arrest and prosecution of Mr. Barry.”

Police: Man accused of leaving racist signs on yards of two Yulee women said he ‘did it out of spite’

CAIR-Florida is the state’s largest Muslim civil liberties and advocacy organization. Its mission

is to enhance understanding of Islam, protect civil rights, promote justice, and empower