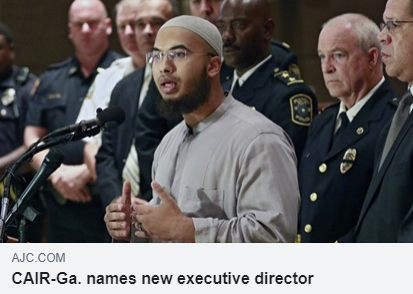 (ATLANTA, GA – 1/30/2020) — The Georgia chapter of the Council on American-Islamic Relations (CAIR) today announced that activist, educator and former imam Abdullah Jaber has been chosen to serve as the next director of the Muslim civil rights organization effective March 1, 2020.

Jaber previously served as resident scholar and imam at Masjid Omar, one of Georgia’s largest Islamic houses of worship. He is also a former member ofÂ the advisory committee of CAIR-Los Angeles, the co-founder of Muslim Youth of Los Angeles (MyLA), and the founder and director of the non-profit educational organization Tibyaan.Â

In recent years, Jaber became well-known for speaking and fundraising for various social justice causes across Georgia, including voter turnout, civic engagement and opposition to Islamophobia.Â In 2017, he deliveredÂ the opening prayer at the Democratic National Committee’s national winter conference.

“Over the past four years, I have come to know Abdullah Jaber as a scholar-activist who puts his faith into action by standing up for causes of justice across our state. In addition,Â his experiences as an interfaith activist, a prolific fundraiser and the founder of a non-profit organization make him the ideal person to strengthen and advance CAIR-Georgia in 2020, a critical moment for American Muslims.”

Jaber plans to make his first public appearance in his new role at CAIR-Georgia’s fourth annual gala, “Celebrating Our Past, Building Our Future,” on Feb. 15th, 2020. Other scheduled speakers include Congresswoman Ilhan Omar and Imam Suhaib Webb.