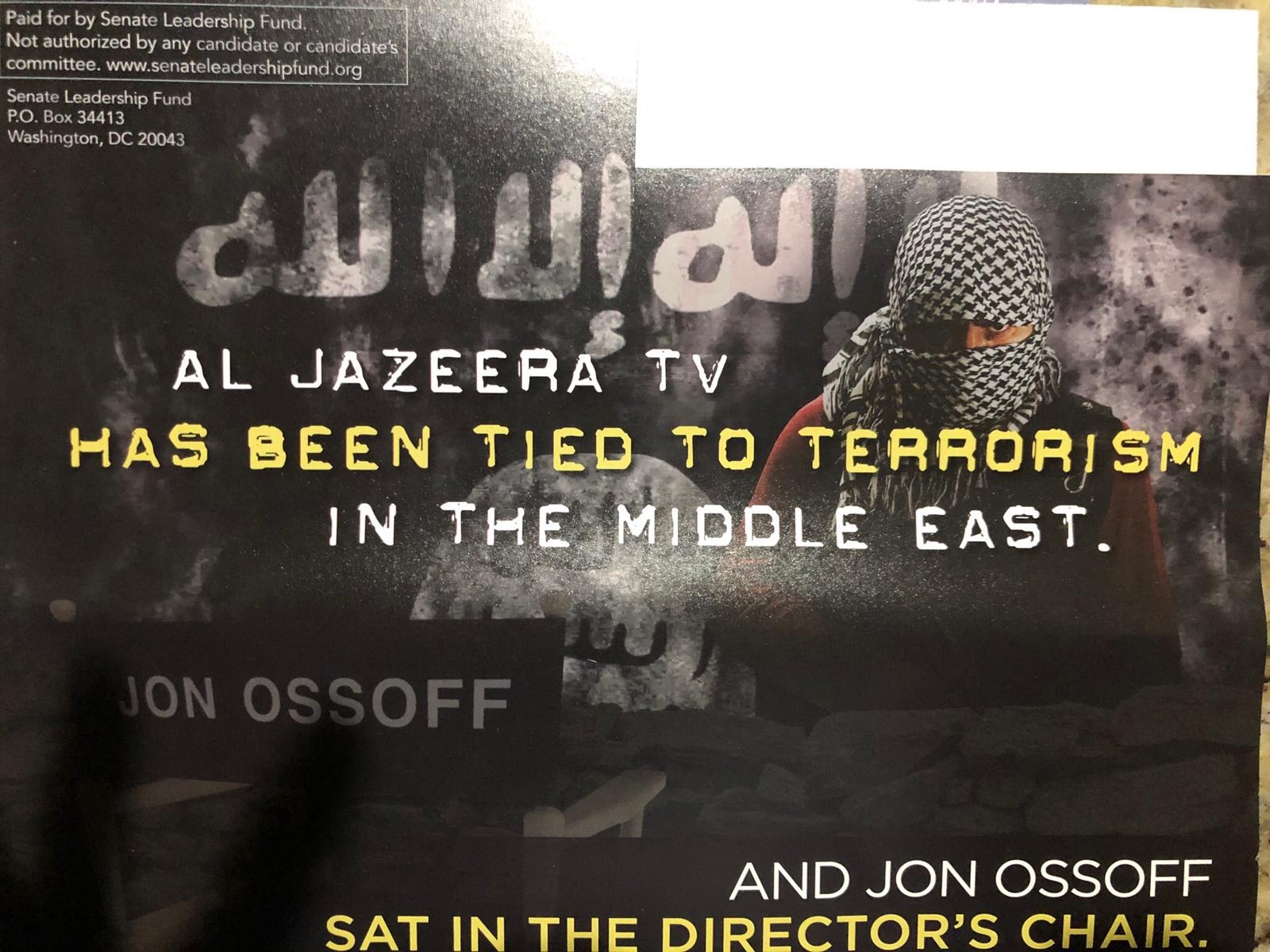 The mailer, which displays an image of a Middle Eastern man wearing a head covering with Arabic script spelling Al Jazeera in the background, states without any citation, reference, or context that “Al Jazeera TV has been tied to terrorism in the Middle East.” Al Jazeera, a major global news organization, with 80 bureaus around the world (including several in the United States), is one of the largest Arabic news conglomerates in the world.

The ad is part of a longstanding pattern of political campaigns using Middle Eastern imagery and Arabic script to stoke fear of Muslims, including in Georgia.

“This type of Islamophobic and religiously charged imagery has no place in American elections nor in our American democracy. To use Arabic script and Middle Eastern garb as a suggestion of ties with terrorism is reckless, incendiary, and reprehensible. It harkens back to the red scare McCarthyism of the 1950s and perpetuates the more recent vilification of Muslims and the Arab world. The Senate Leadership Fund should immediately pull this mailer and apologize for the harm it has caused our communities. A failure to do so is implicit approval of its message, and the perpetuation of the myth that Muslims and the Arab world are enemies of America.”

“It is disturbing but not surprising to see anti-Muslim hysteria promoted by this political mailer at a time when racism and hate crimes continue to rise against Muslims and other minorities. This is a stark reminder of the spike in Islamophobia that we witness during election cycles. Irresponsible acts such as this put Muslims at greater risk. We must continue to resist and correct the racism, Islamophobia, and xenophobia that exist in the political process of our nation.”

The Washington-based civil rights organization has reported an unprecedented spike in bigotry targeting American Muslims, immigrants, and members of other minority groups since the election of Trump as president.

NOTE: As a nonpartisan tax-exempt organization, CAIR-Georgia encourages American Muslims to participate in national and state elections. CAIR-Georgia does not support one candidate or political party over another.