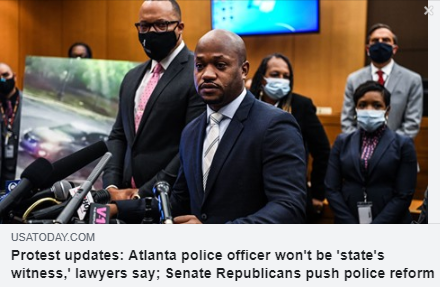 In a statement, the Executive Director of CAIR-Georgia Abdullah Jaber said:

“This is only the first step toward justice for the family and loved ones of Rayshard Brooks. We need to see full accountability and convictions. The road to justice is still ahead of us and we have to overcome the issue of ‘over policing’ that plagues this nation.

“As the nation still mourns over the murder of so many Black Americans, we see yet another officer shooting and taking a life while fully aware that he was not in any danger. Again we see an officer standing over a dying man, unwilling to provide any medical aid and another officer kicking a dying Black man. Again, police officers act as judge, jury, and executioner without the fear of any due process. We must, beyond the false politics and broken promises, achieve radical reform.”