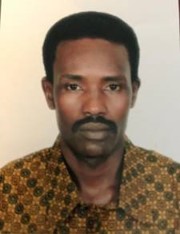 (ATLANTA, GA, 5/18/2020) —The Georgia chapter of the Council on American-Islamic Relations (CAIR-Georgia) today welcomed the initiation of what is hoped to be a “swift, thorough, and transparent investigation” into the police shooting of Yassin Mohamed.

The 47-year-old Sudanese-American Muslim man was shot and killed on May 9 by an Evans County sheriff’s deputy who had been called to the scene in response to a report of jaywalking.

According to law enforcement, Mohamed was suspected to have been in the midst of a mental health crisis.

The Georgia Bureau of Investigation (GBI), the agency currently probing Mr. Mohamed’s killing, spoke with CAIR-Georgia and shared new details of the events leading up to the fatal encounter.

According to the GBI, there were at least six to seven encounters between Mohamed and law enforcement in the hours leading up to the shooting. These encounters were prompted by 911 calls describing a man walking alone and behaving “erratically” in the area.

During these encounters, Mohamed was detained twice by law enforcement officials, including once when he was taken to the hospital, and released both times. GBI believes that Mohamed may have been released from police custody due to short staffing and detention restrictions in response to the ongoing COVID-19 pandemic.

After being released from police custody twice, Mohamed was allegedly walking alone in the middle of the road in Claxton, Georgia when someone called 911, leading an unidentified sheriff’s deputy to arrive on the scene. According to the GBI, Mohamed fled the scene and was pursued by the deputy. An altercation ensued that included rocks being thrown at the deputy by Mohamed. The deputy ultimately shot Mohamed three times. Mohamed was later pronounced dead at the scene.

Mohamed’s family, which has contacted CAIR-Georgia for assistance, believes he was unjustly killed, and wants more information from law enforcement about the shooting.

“We thank the Georgia Bureau of Investigation for pledging to conduct a thorough and independent investigation into the police shooting of Yassin Mohamed. We also appreciate their efforts to keep the family updated on the progress of the investigation. We remain concerned about the emerging details of the case, namely that Mr. Mohamed’s behavior suggested that he was in the midst of a mental health crisis.

“A mental health crisis should never be a death sentence. Rocks should never be met with bullets. Mr. Mohamed’s death sounds disturbingly similar to the police shootings of black men and women that regularly occur across our nation. While Mr. Mohamed may have been suffering from a mental health disorder as Shukri Said or Anthony Hill were, what is most apparent is that people of color end up being the victims of police shootings in cases where there were other options available to the responding officer.

“In prior encounters with law enforcement that night, Mr. Mohamed was subdued and was taken to a hospital without the use of lethal force. Given the concerns over Mr. Mohamed’s health and wellbeing throughout the evening, we need answers as to why Mr. Mohamed was released from police custody and not checked in to a mental health facility for treatment.

“In light of the circumstances of the case, we urge the GBI to submit their findings to an independent prosecutor outside Evans County. We also call on the Evans County Sheriff’s Office to identify the deputy responsible for killing Mr. Mohamed and place the deputy on administrative leave pending the completion of an independent investigation.”

Earlier this month, CAIR-Georgia welcomed the arrest of Gregory and Travis McMichael for targeting and killing Ahmaud Arbery, a 25-year-old African-American, in Brunswick, Georgia on Feb. 23, 2020.