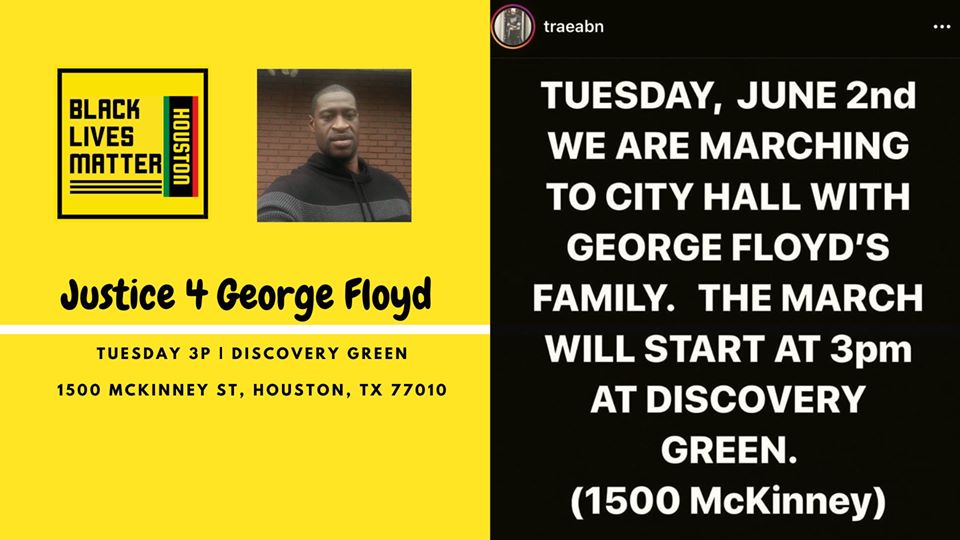 CAIR-Houston is also investigating, monitoring and supporting protesters that have been arrested while peacefully protesting in recent Houston marches and calls for the Houston Police Department to release them as soon as possible on personal recognizance bonds, practice safety measures and health protocols according to CDC guidelines during COVID-19 pandemic for those in custody.

In a statement, CAIR-Houston President and Chairman of Board of Directors John Floyd, Attorney, said:

“We stand in strong support for, solidarity with and commitment to our African-American brothers and sisters, especially to families who have lost loved ones to police violence. We are heartbroken over the recent murders and the Muslim community of Houston stands in solidarity and unites in its condemnation of the recent killings of George Floyd, Yassin Mohammed, Ahmed Arbery, Breonna Taylor, and the senseless killings of countless other unarmed and innocent African-Americans — including those in Houston. We join our activist community in calling for transparency, investigations and full disclosure from our Houston Police Department.”

He encouraged anyone who is a witness or victim of hate and discrimination to report it immediately to the authorities and to contact CAIR-Houston for support at 713-838-2247 or at our website: https://cairhouston.com/get-help-now/

In past weeks, CAIR has condemned several hate incidents.