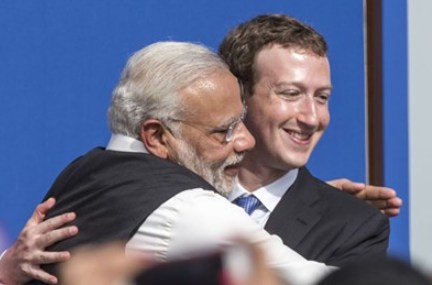 (WASHINGTON, D.C., 9/9/20) – The Council on American-Islamic Relations (CAIR), the nation’s largest Muslim civil rights and advocacy organization, today joined dozens of civil and human rights organizations in demanding that Facebook be held accountable for its willful and deliberate neglect to address anti-Muslim hate speech on its platform in India.

That letter, signed by leading international civil society actors from the technology and rights sectors, called for Facebook India’s director, Ankhi Das, to be placed on leave pending an audit by the company’s U.S. headquarters.

This demand letter, published by the Global Project Against Hate and Extremism, was triggered by ongoing reporting by the Wall Street Journal regarding problematic ties between FB India’s leadership and the BJP, India’s far-right party responsible for implementing a succession of anti-Muslim policies and actions.

The letter addressed and delivered to Mark Zuckerberg, states, in part:

“An August 14th, 2020 article described how top leadership at Facebook’s India office refused to apply Facebook’s own rules to politicians from the ruling Bharatiya Janata Party (BJP), despite clear violations of Facebook’s policies against incitement to violence, hate speech, and misinformation. Your top policy executive, Ankhi Das, reportedly “told staff members that punishing violations by politicians from Mr. Modi’s party would damage the company’s business prospects in the country,” according to current and former employees. In an August 30 article, former employees in both India and the U.S told The Wall Street Journal that “Facebook declined to act after discovering that the BJP was circumventing its political ad transparency requirements.””

“It is disturbing that global Islamophobia has become so normalized that a household name like Facebook can allow openly anti-Muslim hate activity on its platform without any consequence.

“There is an established connection between online hate speech and offline violence and harassment. At some point social media platforms will have to come to terms with the fact that they are not only witness to, but also complicit in, the terrible wave of anti-Muslim bigotry that has taken over India and our world.”

Awad noted that in March, CAIR called for unity between faiths and nations on the first anniversary of the terror attacks. He said CAIR has been working with the New Zealand government and other partners to find solutions to online extremism and hate speech on the internet.

SEE: White Supremacist Terror Can No Longer Be Ignored