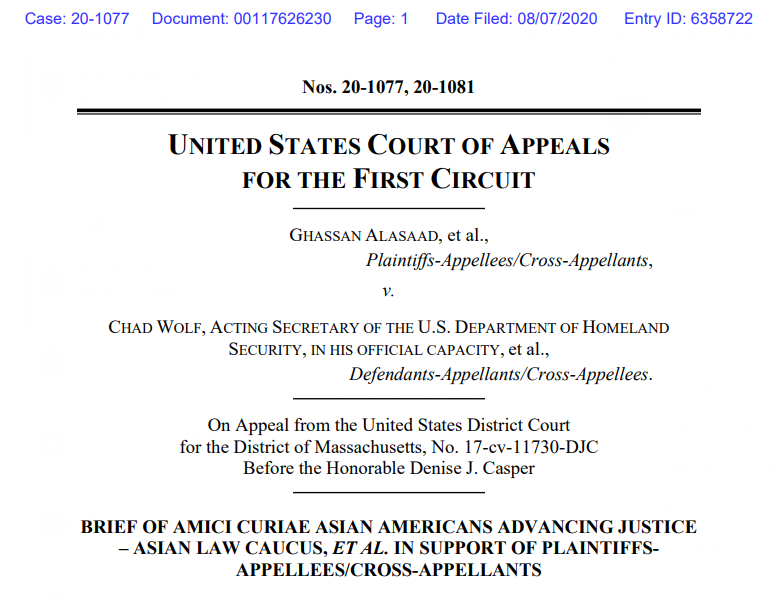 Over the past decade, the number of suspicionless searches and seizures CBP and ICE agents have conducted on travelers’ personal electronic devices has ballooned. These searches are invasive and intrusive of an individual’s privacy and security, and without legitimate reason, too many fall victim to having their rights violated, private lives upended, and being considered a threat by the U.S. government.

These experiences fall disproportionately on Arab, Middle Eastern, Muslim, South Asian, and brown travelers – and given the religious, cultural, and racial diversity these communities share – they are subject to profiling, government surveillance, and heightened scrutiny in the name of national security.

The de facto stereotypes that these communities are inherently likely to engage in violent extremism or terrorism, especially in light of the 9/11 terror attacks, serve as the reason they are subject to unreasonable searches and seizures. That their physical appearance, clothing, name, religious practices, language, and/or travel history is enough to warrant an unreasonable search and seizure.

The amici in this case have not only suffered from having their devices and data accessed and copied, but have been subject to prolonged detentions, intrusive questioning about their personal and professional relationships, religious practices, and political opinions, and intimidating, coercive behavior from law enforcement officials.

“The freedoms by which the U.S. government easily dictate what a reasonable, articulable basis is to limit an individual’s freedom to freely exercise their religion, be free from unreasonable searches and seizures, or exercise their freedom of expression, association, and equal protection, is not constitutionally viable,” said Ankur Sakaria, staff attorney at CAIR National Legal Defense Fund. Lena Masri, CAIR Litigation and Civil Rights Director, added: “Government officials at the border should be held to higher rubrics in meeting reasonable bases to search or seize a traveler’s digital property.”

CAIR joins the ACLU, EFF, ACJ, CCR, CLEAR, and others in asking the First Circuit Court of Appeals to uphold the district court’s ruling requiring agents to use a heightened standard before inspecting or seizing a traveler’s devices. This protection, if upheld, can curtail discriminatory practices and preserve traveler digital privacy and security.

The Washington-based civil rights organization has reported an unprecedented spike in bigotry targeting American Muslims, immigrants, and members of other minority groups since the election of President Donald Trump.