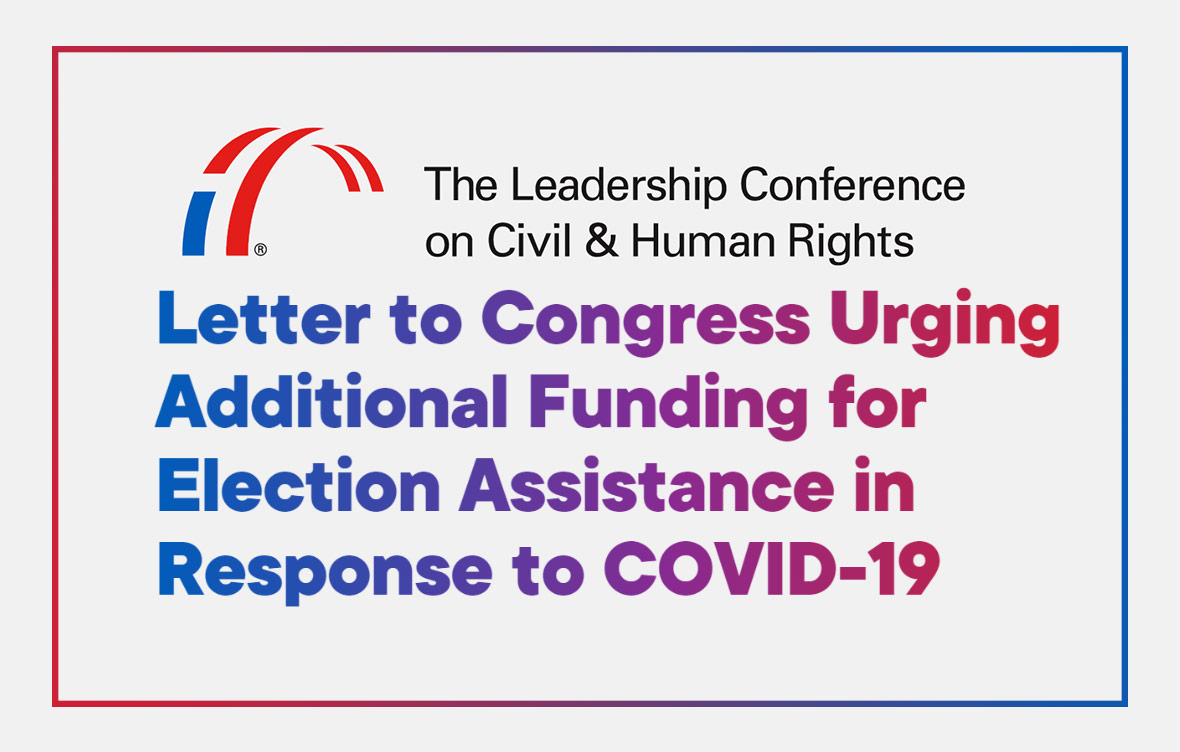 Groups advocated for the implementation of vote-by-mail, the expansion of early voting, and viable in-person voting options

(WASHINGTON, D.C., 4/14/20) – The Council on American-Islamic Relations (CAIR), the nation’s largest Muslim civil rights and advocacy organization, joined the Leadership Conference on Civil and Human Rights, its Voting Rights Task Force co-chairs, and more than 150 organizations in calling on Congress to fully fund and direct states and counties to administer the 2020 elections in a safe, fair, and accessible manner. The groups advocated for the implementation of vote-by-mail, the expansion of early voting, and viable in-person voting options.

“Congress must provide states with at least $4 billion to prepare for the 2020 November and primary elections, and time is of the essence. In the last coronavirus response package, Congress provided only $400 million to states for election assistance. While a step in the right direction, that sum will defray only a fraction of the costs associated with implementing the necessary adjustments to safeguard the electoral process. In its next package, Congress must provide at least an additional $3.6 billion to help states prepare for 2020 elections amidst the COVID-19 crisis,” the groups wrote.

The letter is available here, and is signed by the following groups (this list will continue to be updated*):

The Leadership Conference on Civil and Human Rights