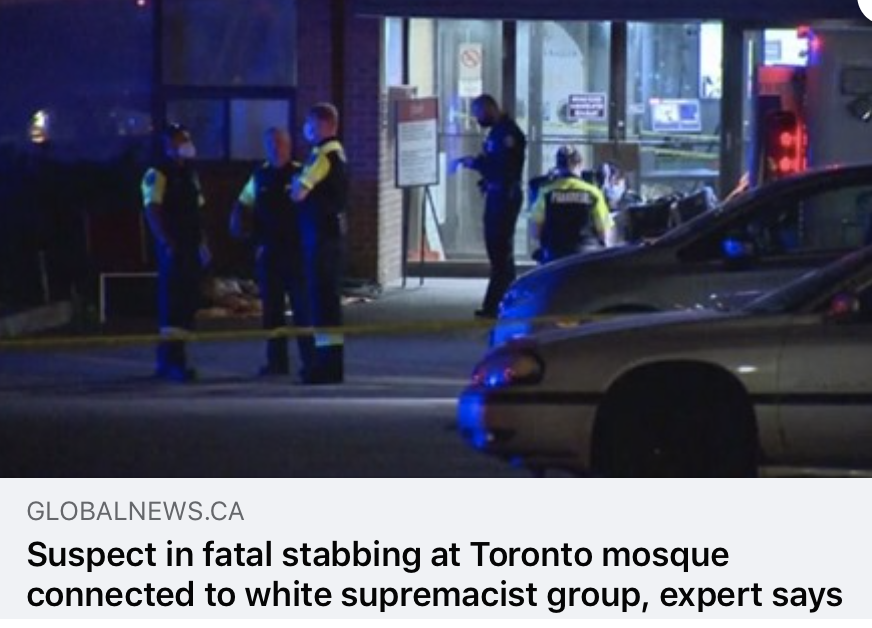 (WASHINGTON, DC., 9/23/20) – The Council on American-Islamic Relations (CAIR), the nation’s largest Muslim civil rights and advocacy organization, today joined the National Council of Canadian Muslims (NCCM) in calling on that nation’s authorities to investigate the white supremacist networks reportedly linked to the alleged killer of Mohamed-Aslam Zafis outside a west-end Toronto mosque.

The Canadian Anti-Hate Network discovered that the suspect, 34-year-old Guilherme “William” von Neutegem followed a number of white supremacist accounts on Twitter. They also discovered his other social media profiles which included language that indicated he was well-versed in Nazi ideology.

“We are witnessing the rise in lethal rhetoric espoused by white supremacist and white nationalist groups. There is a growing network of right-wing groups that are targeting Muslims and their places of worship,” said CAIR National Executive Director Nihad Awad. “Authorities everywhere must take the threat of white supremacy seriously if we want to protect our religious liberty and save the lives of individuals who are targeted by racism and Islamophobia.”

In January of 2017, CAIR condemned the terror attack on a Quebec mosque that killed six worshippers and wounded 17 others. The perpetrator expressed right-wing views online about Muslims and denigrated refugees.

Similarly, in 2019 CAIR condemned the Christchurch shootings that killed 51 Muslims during Friday prayer. The perpetrator was also a white nationalist who expressed anti-Muslim and anti-immigrant views in his 74-page manifesto, and stoked fear about the “great replacement.”

SEE: “Islamophobia and hate crimes continue to rise in Canada