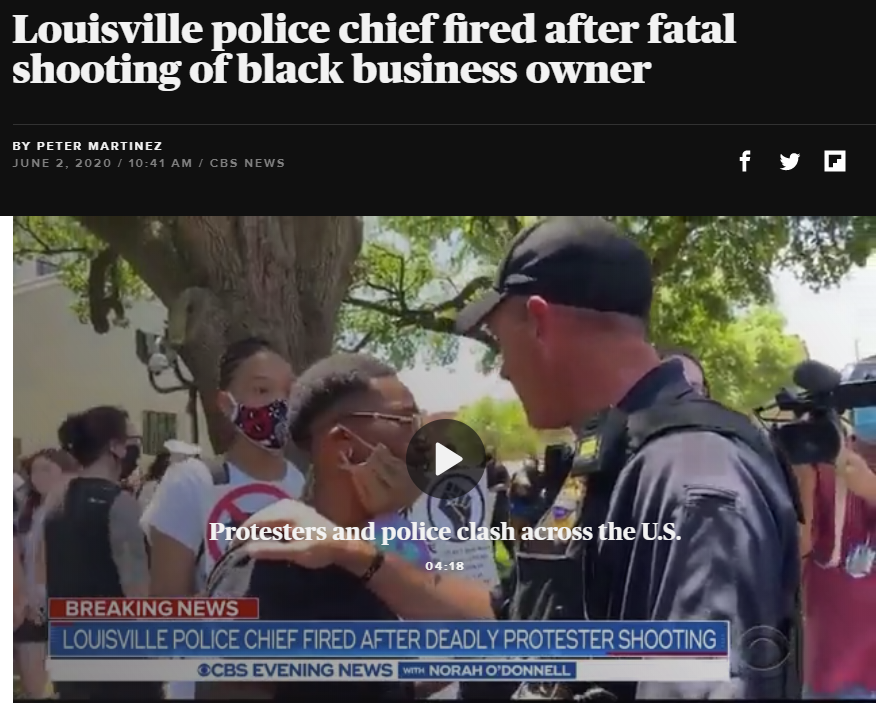 (LEXINGTON, KY, 6/2/20) — The Kentucky chapter of the Council on American-Islamic Relations (CAIR-Kentucky) today demanded that all officers involved in the shooting death of African-American business owner David McAtee in Louisville, Ky., be fired.

CAIR-Kentucky welcomed announcements of investigations by the Kentucky Department of Justice, FBI and Kentucky State Police into the shooting death of McAtee by LMPD police officers. When McAtee was shot, officers were not wearing body cameras as mandated by Kentucky Police protocol.

According to reports, the crowds the police fired into were not protesting but were instead gathered at McAtee’s food stand. McAtee’s bar-b-que stand was a well-known fixture in his community. He often gave free food to the hungry, including donations to food banks. McAfee was a respected and loved member of his community.

The shooting of McAtee by police took place amid Louisville protests over the fatal shooting of Louisville EMT, Breonna Taylor, an African-American Emergency Medical Technician who was gunned down by LMPD police on March 13 in her home in Louisville.

“We are horrified that while Kentucky citizens, along with the entire nation and world, are reeling from the horrific video of the police killing of George Floyd in Minnesota, and while the Black community of Louisville is also hurting and protesting the shooting death of Breonna Taylor — who also died at the hands of Louisville police — that we have yet another unarmed member of the African-American community die at the hands of police. The firing of Chief Conrad cannot be a cover. All officers involved in this incident should be fired.”

She added that the firing of LMPD’s Police Chief, Steve Conrad is a welcomed first step but does not go far enough in holding those responsible for the death of David McAtee accountable for the breach of police protocol in that they were not wearing their body cameras.

Backgrounder: Americans Favor the Use of Police Body Cameras

Although a 2015 poll showed that 88 percent of Americans support the use of body cams, a 2013 survey by the Justice Department showed that of 500 police departments nationwide, showed that less than 25 percent of those departments utilized body cameras. From Rodney King to George Floyd, the world has witnessed the brutality to which African-Americans are being subjected to by the hand of the police because a cell phone was there to capture the image.

In light of the overwhelming demand for police accountability, it is time that all police interactions with the public can have the unbiased and neutral observation of a body camera.

Officers who are now mandated by their state police protocol who are not wearing body cams and are involved in shootings and questionable altercations with citizens should be immediately fired pending investigations that include public review of the body camera footage involved.